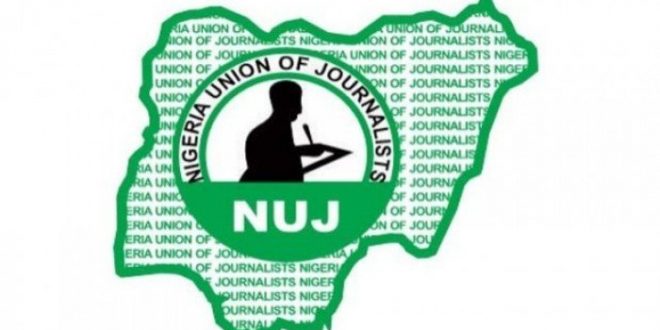 Idowu Hamed January 21, 2020 HEADLINE, METROLINE, NEWS Comments Off on Ogun NUJ Warns Public Against Nefarious Activities Of Some Members Of Its Union 126 Views

ABEOKUTA: The Caretaker Committee of the Nigeria Union of Journalists, Ogun State has wained members of the public, most especially, the 3tiers of government and corporate bodies against the unethical and nefarious activities of some members of the noble profession in the Union.

According to a press release co-E-signed and made availabile to StarTrend Int’l magazine & www.startrendinternational.com by Comdr. Kayode Taiwo and Comr. Olumuyiwa Omowunmi, Chairman and Secretary of NUJ Ogun State Council Caretaker Committee, respectively, the release stated, “The attention of the Caretaker Committee of the Nigeria Union of Journalists, Ogun State Council has been drawn to the nefarious activities of some members of the Union.

His words, “These group of members have been using various ways to deceive the general public with all kinds of Awards and Recognition when they are aware that such require appropriate approvals.

“It must be understood that the only recognized leadership of Ogun State Council are the Caretaker Committee, Constituted by the CWC of our Union since May 9, 2019 for three months in the first instance, and the subsequent renewals to Midwife fresh Election as directed by the National Leadership.”

He further said, “The Caretaker Committee will henceforth not allow the gross indiscipline been exhibited in our Council as there is always consequences for every action.

“The general Public, Corporate and Individuals should be wary of these commercial Awards and seek clarification from NUJ Secretariat, Iwe-Iroyin Abeokuta before involving themselves in the charade called Awards.

“The members of this Union who have been lying and misinforming the unsuspecting public should desist as the Union is bigger than any individual or group of persons.

“At this time that the Council is griefing over the death of one of our icons, it is definitely not the time for misconduct.”

Publisher and Editor in Chief - Magazine and Online Tel: 08038525526 - 08023339764 - 08055657329 Email: startrendinter@gmail.com
Previous I’m Yet To Receive Any Letter Booting Me Out From Any Of The Universities I Worked For Forged Certificates – Prof. Odemuyiwa
Next Ogun Insists “Amotekun” Must Stay, Joins Southwest Peaceful Rally