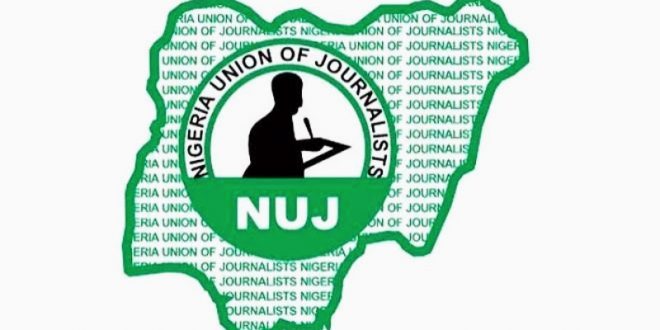 ABEOKUTA: Members of Federated Chapel of the Nigeria Union of Journalists, Ogun State Council on Monday November 12, 2019 dissolved the executive council of the chapel over alleged gross misconduct and financial impropriety.

The members, rising from an Emergency Congress held on Monday November 12, 2019, said the Comrade Niyi Adeloye-led executive allegedly defrauded the State NUJ Council of check-off dues paid to him by members of the chapel.

According to the aggrieved members, the sum of N92,000 was paid to him as check-off dues, but only N42,000 was paid to the State Council without cogent explanation on the disappearance of the remaining N50,000.

The members also added that, the dissolved executive failed to called the statutory monthly congress in the last two years which according to them was against Article 5, Section D, Sub-section 7 (a) and (b) of the NUJ constitution.

They however, constituted a three-man caretaker committee headed by Olamilekan Jaji as Chairman, Sunkanmi Akinlotan as Secretary and Adekunle Abosede as Member.

The Congress therefore called on the dissolved executive to hand over property of the chapel to the caretaker committee within seven days.