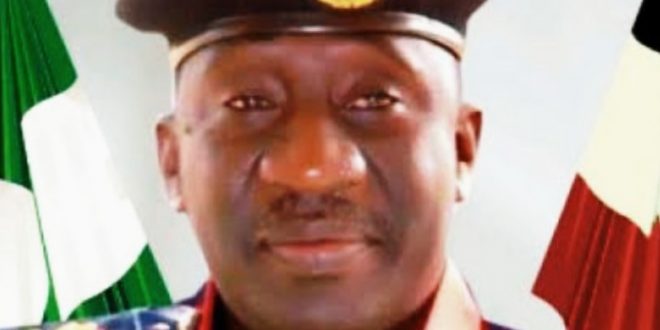 ABEOKUTA: The Ogun State Command of the Nigeria Security and Civil Defence Corps (NSCDC), had launched the second phase of its campaign against environmental mismanagement to prevent flood disaster in the state.

According to the State Commandant, Alhaji Hammed Abodunrin “the environment will always want to give back what we also put to it and the onus is on all to see that we treat the environment where we live with all sense of caution, cleanliness and attention it deserves”.

In a release e-signed and made available to StarTrend Int’l magazine & www.startrendinternational.com by Dyke Ogbonnaya, State Public Relations Executive, on behalf of the State Commandant, the campaign tagged “Go Off On Disaster” (GOOD) is to sensitise residents on the need to protect their environment especially by not blocking the waterways with refuse.

Abodunrin said, “The rate at which residents use plastic materials is alarming throwing these non biodegradable materials around indiscriminately. it will take a minimum of 700 years before nylons, plastic water bottles and other related materials to start decomposing”. The Commandant who said the Command will be ready to partner with other stakeholders, particularly the state government in ensuring public safety enjoined residents to limit the use of such materials.

He stated further, “We want to encourage the good people of the state to start using degradable materials such as wood wastes, leaves and paper as their containers. These materials will not only get decomposed within a short period of time, but will also help in fertilising the soil for organic food production.”

Meanwhile, officers and men of the Corps have been moving round the various locations in the state capital warning of the dangers inherent in indiscriminate dumping of refuse and declared that whoever is caught will be made to face the full weight of the law.

However, the campaign will continue unabated to ensure everyone is aware especially when the State is still battling with the COVID-19 menace. The “Go Off On Disaster (GOOD)” campaign will also be taken to all parts of the State in the next few weeks as part of the Corps mandates at mitigating and averting environmental disaster in and around Ogun State and in fact, across Nigeria.

While thanking the Corps Commandant General, Alhaji Abdulahi Gana Muhammadu, who flagged off this campaign, Mr. Hammed Abodunrin, the State Commandant also and sincerely appreciates the untiring efforts of the Ogun State Government and its various departments, ministries and agencies, for the efforts being put in place to make life worth the while for the people of the State in various ways.