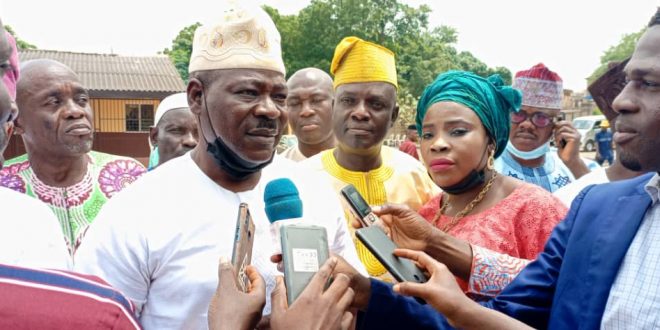 ABEOKUTA – Chairman of Ogun State Inter Party Advisory Council (IPAC), Asiwaju Adedamola Adesina has urged the people of the state to be positive and anticipatory in the new year.

This was made known in his new year message made available to StarTrend Int’l Magazine, saying the new year will make manifest most of the previous year expectations.

Asiwaju Adesina posited that,”as challenging as 2021, it’s a previledge to see another year and I believe it’s going to be a great year for us. So, we need to be positive and very expectant.”

He also encouraged the people to live in peace and “to set aside political or religion differences, the only way to have a progressive and productive society.”

Asiwaju Adesina called on the Ogun State Governor, Prince Dapo Abiodun to fulfill his promises on social and economic development of the state, and provide a level playing ground for all political parties as general elections is approaching.

He added that,”as an advisory council, it’s our responsibility to call the attention of government to basic issues in the state, and protect the interest of all political parties as a stakeholder who look forward to have a progressive society.”