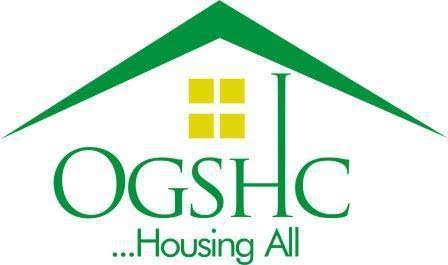 Housing is a basic necessity of every human being just as food and clothing. It is fundamental to the welfare and survival of man.

According to some experts, housing is one of the best indicators of determining the standard of living and peoples’ value in a society.

Housing deficit has become a serious phenomenon in Nigeria since independence and this is not far-fetched due to the fact that efforts of successive governments in tackling the challenge have failed to yield results as the country’s population continued to grow uncontrollably.

Recent statistics showed that 30 percent of the world’s population lives in unacceptable conditions, which means that over two billion people are in need of better housing with decent toilet facilities that will curb open defecation which has become an emerging issue particularly in Sub-Sahara Africa.

It was also revealed particularly in the United Nation 2016 Habitat reports which put Nigeria housing shortage at 18 million while others say it is 20 million.

The reports further disclosed that about 30 percent of the world’s populations live in slums, under deplorable conditions or, worse still, in buildings that are structurally weak and far cry from the global standard.

Experts disclosed that the sector in Nigeria would need $400 billion investment in the next 25-30 years to resolve this problem.

Meanwhile the World Bank on the other hand said providing housing will cost the country about N59.5 trillion, which also tallies with the estimation of the Federal Mortgage Bank of Nigeria which puts it at about N56 trillion if the nation is adequately prepared to meet its Housing demand.

Though it has been argued over time that the land use Acts of 1979 is one of the obstructions hindering the set objectives in the national housing sector, which rested the ownership of land on the state Governments.

It also includes the bottle neck in property registration process, the high cost of building materials, rural- urban migration as well as inadequate development policy which focuses majorly on urban development to the detriment of the rural areas and coupled with the failure of mortgage institutions to fulfill their core mandates among others.

The recent statement by the Minister of Works and Housing, Mr. Babatunde Fashola, which disclosed the Federal Government’s developmental plan of constructing affordable homes in 36 States of the Federation, rekindled the hope of Nigerians and gave assurance of better things to come in the sector.

The project is part of fulfillment of the model National Housing programme aimed at providing acceptable and affordable housing for Nigerians.

The core vision of the project was further revealed during the inspection of on-going construction of housing units in Abuja, where the Minister of Housing for State, Mr. Abubakar Aliyu, unveiled Federal Government’s plan of constructing One Million housing units at least annually to address housing shortfall in the country.

One of the laudable initiatives behind the project is that core materials will be sourced locally to fix the doors, windows, tiles among others.

The plan is that building materials will be acquired from the local industries and engage many of the young men and women who are artisans of various professions for direct employment.

As a matter of fact, the project from all indications, will engage young Nigerian engineers and builders who will be allowed to develop and understand how to bid for the jobs so that the projects are not given only to big contractors without considering the national engineering future.

As the Federal Government is battling with a housing deficit in the nation, the state Governments across the country are also not resting on their oars.

In Ogun State for example, the State Governor, Prince Dapo Abiodun has embarked on a housing initiative towards tackling housing challenges in the state.

According to the Governor, the ongoing housing projects in the state were targeted at local contractors to improve their economic status and equally promote the use of local materials as well as attract private investors through the PPP initiative. Prince Dapo Abiodun.

On assumption as governor of Ogun State on May 29, 2019 had described as worrisome the challenge confronting the people in accessing affordable and qualitative housing. He promised to address the deficit by providing affordable housing for the people.

The governor in fulfilling his promise gave approval to the Ogun State Housing Corporation to construct 500 housing units that will be affordable and qualitative especially for low income earners across the state.

The Governor remarked at a programme that the present administration in the state “understands the importance of housing as a major social need of our people.

We intend to work with private sector and financial institutions in the development of affordable homes and ensuring availability of mortgage for prospective home owners”.

As part of measure towards addressing the growing housing challenges in the state, government is targeting the construction of 2,000 housing units in the next 12 months.

To achieve this set objective, the administration had proposed the building of 300 housing units out of which 150 units are currently under construction at Kobape Village in Obafemi Owode Local Government area of the state.

The proposed 300 units, when completed, according to the State Commissioner for Housing, Mr. Jamiu Owoniyi ,would not only beautify the scenery of the town, but give succors to the people and solve the problem of housing in the area.

In pursuit of this great housing initiative in the state, the General Manager, Ogun State Housing Corporation, ESV Wale Ojo, also revealed that Governor Abiodun had approved the building of another 500 affordable housing units to be spread across the three senatorial districts in the state which is under the supervision of the State Housing Corporation at Kenta Housing Estate, Idi-Aba, Abeokuta, where 130 units of the project are already completed with another 150 units still under construction.

A comment by the Nigeria Institute of Quantity Surveyors in a seminar tagged, “Effective housing delivery in a developing economy”.

The President of the Institute, Mr. Obafemi Onashile, said for the government to evolve an effective housing policy, which would guarantee more affordable houses to the low-income earners and the masses, there is need for collaboration with the private sector.

He pointed out that the government’s housing policy that failed in the past was due to neglect of collaboration with necessary stakeholders in the state. The body also suggested that the government should reduce the interest rates on mortgage loans to one digit as it was argued that a two digits’ mortgage loan regime would take a long time to remit.

In creating a more friendly housing environment in the State, Governor Abiodun announced the reduction of the previous two-digit’s mortgage loan to single-digit and as well peg the interest rate at six percent simple interest in line with the Federal Mortgage Policy in order to ensure affordable houses for the people of the state.

Aside that, Dapo Abiodun has equally reviewed the terms and conditions guiding the sales of houses built by his predecessor at “AAK Degun Mitros Estate”, in Laderin to public servants in recent past. A circular dated 30 April, 2020 and issued from Bureau of Service Matters, Office of the state Head of Service revealed the governor had specifically reduced the price of three Bedrooms Semi-detached from 7 million to 5.5 million naira while two bedrooms flat/high-rise was reviewed from 5 million to 4 million naira.

Other matters addressed in the circular is the down- ward review of equity payment for both houses from 50 percent to 20 percent for three bedroom semi-detached and 10 percent for two bedroom flat/ high-rise. Also, the governor according to the letter, has increased the maximum payment tenure of the structures from three years maximum to five years minimum meanwhile, Annual interest of 15 percent reducing balance has been cut to six percent simple interest also in line with the Federal Mortgage policy. Without doubt, this is indeed a giant stride towards tackling the housing deficit in the state.

For the sector to move forward and achieve its set objective, the country’s housing deficit must be addressed by all stakeholders. For example, there is a need for the State Government to review the land use Act in order to enable private investors to have easy access to lands for possible housing investment in the state so that the Public Private Partnership Initiative (PPP) in the state’s housing sector will fully take effect.
Sokunbi, a Press Officer in the Ministry of Information & Strategy, Oke-Mosan, Abeokuta, Ogun State, Nigeria.