ABEOKUTA: The Ogun State Government, under the leadership of Prince Dapo Abiodun, says it has mobilised contractors back to the Ilaro-Owode Road in Yewa South LGA to commence construction.

This was in terdem with the administration promise as it continues work on some abandoned roads across the State, while others will soon receive equal attention.

These include Kuto Bridge and surrounding roads, Panseke-Adigbe and Rounder-Lafenwa Roads in Abeokuta, the State Capital, as well as the Odo Afa Bridge along Idiroko-Ipokia Road.

According to the Government, the Ilaro-Owode Road had been left in a shameful condition unfit for use by drivers and pedestrians, especially in the rainy season in recent years. This particular reason caused the State Government to recall all contractors for possible readjustments and renegotiation, so that work may continue, to bring relief to people of the area.

This according to the government is inline with the campaign pledge of Governor Dapo Abiodun to attend to all roads and road projects abandoned by the immediate past administration. 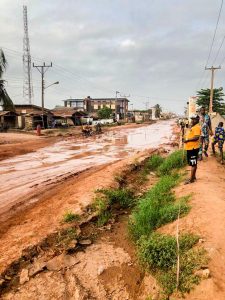