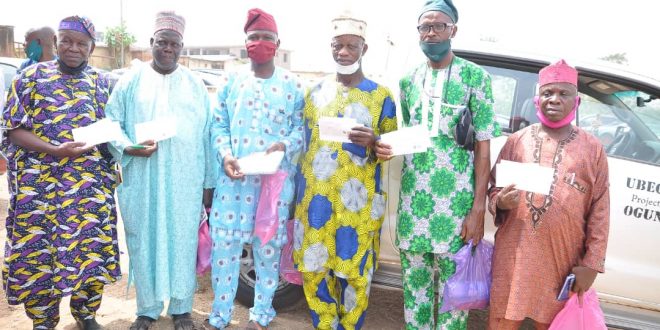 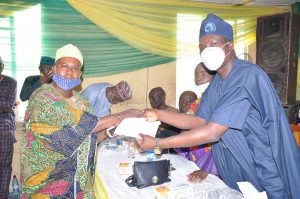 ABEOKUTA – The Ogun State Government has released a total sum of N85.5 Million Naira as Grants- in Aid to Community Development Associations (CDAs) and as well its Council, in order to enhance developmental projects in community areas across the State.

He assured that other members would be granted their cheques accordingly, noting that no association in the State in all these categories would be left without been benefited from the grant.

Hamzat affirmed that, the Associations were veritable tools for nation’s building in achieving geometric development both at the rural and urban areas in the state hence, the need for government’s support.

He explained that, about N10 Billion had been committed to the provision of facilities such as Schools, Roads, Hospitals, Transformers, Boreholes by almost 9,000 Community Development Associations in the nooks and crannies of the state.

“It is evident that, no government can provide all the needs of the people, and it is in this view that the Community Development Associations take it upon themselves to provide their felt needs”, he added. 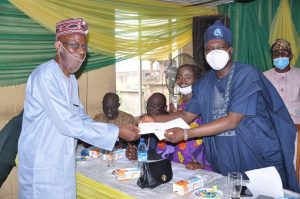 Earlier in His remarks, the State Governor, Prince Dapo Abiodun who was represented by the State Chief of Staff, Alhaji Shuaib Salis said, the grant would aid the proposed projects in their various communities.

He enjoined all members to allow peaceful co-existence among themselves, pledging that, government would not relent in its efforts at ensuring maximum support for the Associations.

Responding, the Chairman Community Development Council, Ifo, Prince Amos Oladele, expressed satisfaction for the disbursement, saying that the grant would go a long way in the execution of their projects.

He also assured that adequate supervision would be given to the beneficiaries so as to ensure the purpose for which the fund was granted.