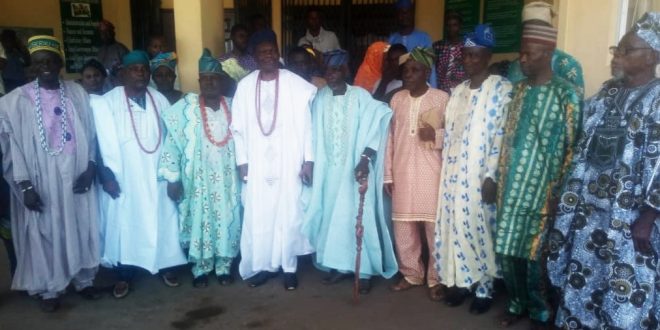 ABEOKUTA: The Ogun State government has debunked an alleged outright rejection of the selection process of Prince Mulero Rotimi, as Oba-elect of Ibeseland.

This followed by some reports in the media that the State Governor, Prince Dapo Abiodun had through the Permanent Secretary of the Ministry of Local Government and Chieftaincy Affairs, Mr. Kunle Osota announced the rejection of the process.

The Ibese kingmakers were said to have selected Prince Mulero Rotimi as the new Oba-elect of Ibese town, having followed due process.

Ibese is one of the communities in Yewa North Local Government of the state where the giant Dangote Cement company is located.

Some aggrieved members of the community had on Monday, December 23, 2019 staged protest at the Governor’s office in Oke-Mosan, Abeokuta against the selection of Mulero by the kingmakers as the new Oba for the town.

But when the Kingmakers alongside other chiefs and some members of the community visited the Ministry of Local Government and Chieftaincy Affairs on Monday, December 30, 2019 the government, through Mr. Osota explained that it was another demonstration of hate speech that the federal government is waging war against.

Osota said, “We have a process that we have been following here. Normally, there should be a meeting between the kingmakers and local government to determine the selection and where there is need for to vote, the kingmakers will vote and after that the document which contained the outcome of the meeting will be presented to us for thorough checking whether due process has been followed before we give approval.

“We will collect all the documents and send them to the Ministry of Justice and once that’s done other executives too will proof check the document, so nobody has the power here to reject anything unlawfully.”

He however pledged to ensure that justice prevails and the right person selected through due process and lascend the throne as soon as the Ministry gets a new Commissioner.

The Chairman, Afobaje of Ibeseland, Cheif Tajudeen Aremu who spoke on behalf of other Chiefs stressed that they have been on the process for three years, adding that there are two major families that are entitled to the throne – Alango and Oloko Rulling houses, and it’s the turn of Oloko Ruling house to produce the king after the demise of late Oba Joel Bamgbose of the Alango Rulling house.

His words, “When we wrote to the Oloko family to give us someone for the exalted position of an Oba, since it’s their turn to produce the king, six people indicated and we insisted they should hold meeting and decide who gets the crown. After then two people among them withdrew and four contestants were left.”

He added, “After the whole thing, we conducted an interview, followed other due process and Mulero qualified for the stool. After the due process, there was no protest among the community members, and then we requested for approval from the government to make Mulero the king, but the then Commissioner for Local Government and Chieftaincy Affairs delayed the approval, up till date”.