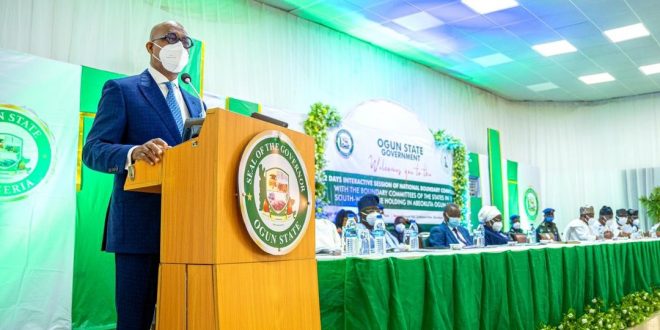 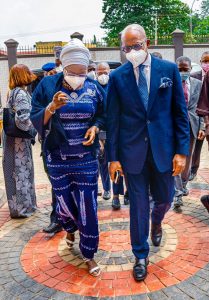 ABEOKUTA – Ogun State Governor, Prince Dapo Abiodun has advocated peaceful co-existence and development in all border areas across the country.

The governor said there is need for continuous use of peaceful means in resolving boundary issues rather than retaliation.

Prince Abiodun stated this at the recent 2-day Interactive Session of the National Boundary Commission with Boundary Committees of states in the South West, held at the Conference Hotel, Abeokuta.

He observed that without amicable resolution of conflicts, those living in the borders towns would continue to suffer development deficit as no investor would invest in troubled environment.

“We can hardly talk about production or boundary that we will not be talking about land. Recently, there are lots of communal issues between herders and farmers. All these have to do with utilization of the available 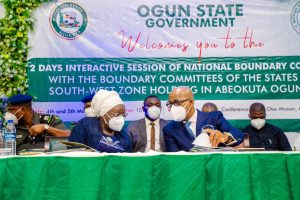 land. It is therefore important that all of us must continue to adopt peaceful means of resolving the boundary issues.

“The fact remains that if we do not resolve boundary issues peacefully, the people of the border communities will suffer from both ends. There will be no development in such a place and even investors will not be attracted to such locations”, he warned.

The Governor attributed the onenes of the Yoruba ethnic group to the low level of boundary infractions in the South-West Zone. He however, linked border issues to land being the major factor of production and a means of wealth generation.

Prince Abiodun maintained that Ogun State would continue to be committed to peaceful resolutions of boundary matters as it was critical to the development of the State and its neighbours. 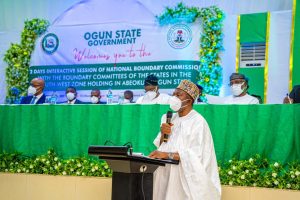 “There is no way that the rate of development in our neighbouring States will not affect us one way or the other. We recognize that the successful implementation of our “Building our Future Together” Agenda will also be impacted from other States. And, that is why we have continued to collaborate with other States”, he noted.

Governor Abiodun disclosed that the establishment of the Lagos-Ogun Joint Development Commission was at an advanced stage, while the State was also working with Ondo State to activate the Deep Sea Port project in the mutual interest of the two States and the country’s economic development.

While acknowledging the strategic role of the National Boundary Commission to peaceful resolution of boundary disputes in Nigeria, the Governor informed that the State was facing a challenge with Benin on the oil-rich Tongeji Island, which he said though located close to Port Novo in Benin Republic, but was actually situated in Ipokia Local Government of Ogun State in Nigeria. 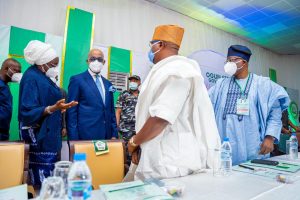 He hinted that the State was determine to make life meaningful for the citizens of the state living within the Island, to ensure that the Republic of Benin that shares boundary with the State, does not take advantage of that proximity, calling on the Federal Government to join hands with the State in giving the residents of the island a sense of belonging by providing access road/bridge for them amongst other needs.

Earlier in his remarks, the Director General, National Boundary Commission; Surv. Adamu Adaji, said the interactive session was meant to serve as a way of sensitising stakeholders on the activities of boundary managers at various levels and also means to providing opportunity for relevant stakeholders in the zone to interface with the Commission on ways to strategize and fast track resolutions on issues of internal boundaries.

Adaji noted that the National Boundary Commission was established as a specialised border problem solving institution to address the shortcomings of the previous adhoc commission, adding that the creation of more states has created many boundary issues in the country. 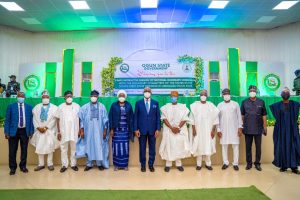 Meanwhile, the Deputy Governor of Ogun State Engineer Noimot Salako-Oyedele said the inability to resolve boundary issues have accounted for conflicts and instabilities among settlement state and local government.

Oyedele added that boundary can be a management of relationship, saying, “They can make relationship stronger and it can also lead to war acrimony and differences.

“Boundry should not have a technical resolution, there should also be political consideration in resolving this issues.

“Boundry should be seen as bridges for opportunity”.