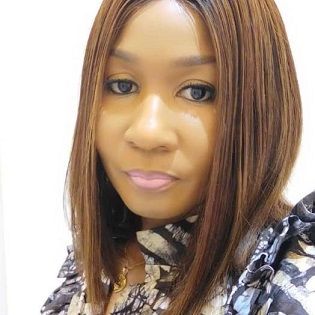 The Consultant to the Governor and Project Manager, Ogun State Land Administration and Revenue Management System (OLARMS), Mrs. Oyindamola Oyelese, has admonished property owners within government acquisition area to make use of government respite, initiative to process their Certificate of Occupancy and realize the full potential of their property.

Oyelese made this known at the sensitisation programme and town hall meeting organised by OLARMS, at the MKO Abiola Trade Fair complex, Oke-Mosan, Abeokuta, the State capital

She stated that Certificate of Occupancy (CofO) would be issued to applicants within 40days after full payment is made, saying that accessible office have been opened at MKO Abiola Trade Fair complex to attend to those who are not knowledgeable in the usage of computers.

Listing the affected areas in Abeokuta, the Deputy Director, Geographical information System (GIS), Surveyor Ope Okunaya, stated that the following area have been under the government acquisition which fell under the Secretariat Complex Acquisition site (A) were; Ikereku-Olokuta, Abule-Ori (train station), Ajebo, Ijeun-Lukosi, Laderin, Agbopa, Kemta/Idi-Aba to Iyana Mortuary, NNPC, Abule-Oko and Agunrete.

The Surveyor General of the State, Surveyor Ken-Salem Onososen, in his remark stated that the Secretariat Complex is divided into “A” and “B”, noted that A is for those within OGUN Central while “B” is yet to be reviewed.

He said that the document which would be required and requested for at the Bureau of Land and Survey, including; purchase receipt, survey plan and other survey information.

Also, the Senior Special Assistant to the Governor on Lands (Legal), Barr. Emmanuel Akande, said that the Land Use Act, gives the Governor the right to acquire lands for government purposes, saying that make the Governor introduced the programme to make individuals and cooperate bodies apply for comfort of their homes and get a sigh of relief.

In their responses, residents of the affected areas have raised concerns on the government programme, stating that it has not been introduced at the right time and the grace period giving to them was very short, calling on the government to extend the expiration date for more people to key into the programme.

He also noted that those who were given the C of O under the Homeowners’ Charter programme were not accepted in other banks aside from Gateway Mortgage bank, saying that government need to address all these loopholes.

The consultant therefore assured that their request on the limited time which would be considered, saying that all other issues raised there would be appropriately put before the governor and address accordingly.