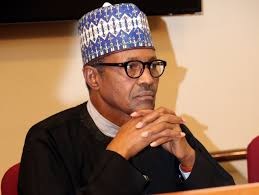 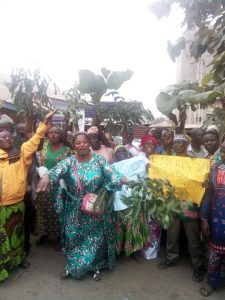 ABEOKUTA: Fruit, Vegetable Growers and Marketers Association of Nigeria has protested an allege confiscation of their farm products worth N4million by operatives of the Nigeria Customs.

The Association, under the aegis of Yewa-Awori Farm Produce Traders and Farmers Association who staged the protest on Monday, August 26, 2019 at the Nigeria Union of Journalists (NUJ) Secretariat in Abeokuta, the State capital, described the confiscation as illegal and wicked.

They said that the farm products, majorly tomatoes and peppers were impounded in Ijoun, Yewa North area of the State. Ijoun is a border town between Nigeria and Benin Republic.

The Chairman of the group, Mr. Eweoba Timothy told journalists that the impounded farm products were confiscated on Sunday, August 25, but lamented that the Customs Officials have started selling them at auction price.

According to him, “A basket of the pepper cost N2,000 and they impounded eight vehicles. There were 250 basket in each vehicle.”

The protesters with different placards depicting various inscriptions such as, “Customs want to kill us”, “Save us from Customs”, “We are Nigerians, save us’,’ among others.

Eweoba stated further, “Some of our traders, while on their way to the market, the Customs officials impounded their goods and now selling the goods at auction prices at their head office. The impounded farm produce are tomatoes and pepper.”

“They were impounded yesterday around 8:00pm. We want the government to come to our aid, we are farmers, not smugglers. These goods are not rice, they are local tomatoes and peppers, and not imported.”

Eweoba spoke amidst sobriety, stressing that, “We took loan to plant all these farm produce. Is it now a sin being residents of border towns?”

The farmers and traders however appealed to the federal government to come to their aid so that they will not die of hunger, and that government should institute a probe panel to get to the root of the illegal acts of the Customs officials.

In another development, residents of Ilaro and Oja-Odan in Yewa area of Ogun State are also faced with similar treatment from the Customs officials as they (residents) can no longer buy edible oil and rice for domestic use from the markets.

They alleged that Customs officials now stormed markets in the area with the pretext of looking for smuggled items.

However, observers of the scene were of the opinion that the task force should be monitored on how they go about their duty, saying, diligent should be seen in their official duty. 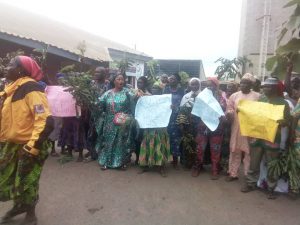 They lamented that, “Each time government institute a policy and some officials assigned to carry out the policy it’s sad to note that it’s the poor masses that always at the receiving end.”

Observers of the scene now call on the presidency to wade into the role of the task force in Egbado (Yewa) area of Ogun state as their activities have brought down the socio-economy of the area.