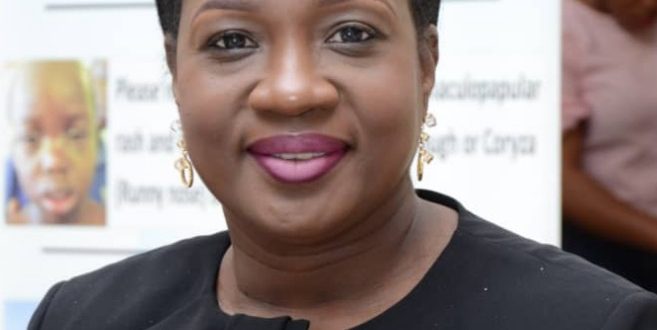 ABEOKUTA: The Ogun State Ministry of Health last weekend announced two additional cases of confirmed COVID-19 patients, just as it said facilities for mobile testing would be made public this week.

According to a press release e-signed and made available to StarTrend Int’l magazine & www.startrendinternational.com by S.F. Ojo, SA on Media to the Ogun Governor, the Commissioner for Health, Dr Tomi Coker who gave this account said, “This was the situation as at 11:30pm on Saturday”.

The two new cases, according to her, had contact with an earlier case that reportedly had international travel history.

Dr Coker said the patients are currently under close monitoring in one of the Isolation Centres in the State.

To stem the tide of the virus spreading beyond these new cases, she said, “All close contacts of the patients have been promptly identified and placed under observation, while authorities continue contact tracing to identify, isolate and quarantine all other possible contacts.

”Of the 12 cases, so far reported in the State, seven were “imported cases”. Five out of the 12 had five international travel histories, while the other two cases had travelled to Lagos (local travel histories). The other five cases contracted the virus through those who had these travel records.”

Dr. Coker further stated that Ogun had investigated 210 contacts across 6 local government areas. 110 had been isolated and discharged after test conducted on them proved negative. About 100 others are currently under observation.

The LGAs where cases had been include: Ipokia (73), Sagamu (71), Ewekoro (39), Yewa South (24), Obafemi Owode (3) and Odogbolu (3).
However, in addition to the 9 confirmed cases scattered across these LGAs, three confirmed cases have emerged from Ikenne LGA, making it the 7th affected LGA.

Dr Coker reiterated the State Government preparedness to combat the coronavirus with the purchase of two molecular laboratories, while plans for mobile testing facilities have also been concluded.

“In addition, the government is also establishing a drive-through testing facilities, all in an effort to test as many as possible so as to truly confirm that numbers of positive cases we have are a true reflection of the situation in our state”, Dr Coker stressed.