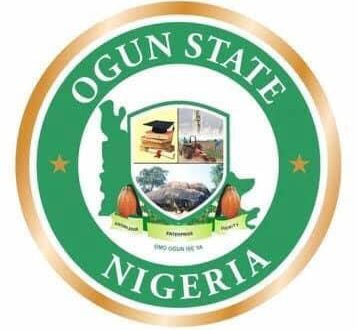 ABEOKUTA – The Ogun Coronet Obas has condemned the act of the suspended Oba Adetokunbo Tejuoso, who was suspended by the Kemta Traditional Council of Chiefs, describing the monarch’s alleged act of romance scam and multiple acts of forgery as unlawful and uncivilized.

According to a release e-signed and made available to StarTrend Int’l & online – www.startrendinternational.com by their Secretary and Olu Ipebi of Ijebu-Mushin, Oba Tanimowo Folarin, the estranged traditional ru!er who was on Wednesday, May 6, 2021, suspended for alleged romance scam and multiple acts of forgery.

His words, “the fact remains that whoever is beaten feels the pain. The Kemta Traditional Chiefs has the right to take any decisions regarding their community and her subjects. But this publication came with an issue which gave us much food for taught.

“We as Oba should display good characters and complete discipline in both our private and public lives, so whoever has run foul against the laws of the land should face the music himself.

“We didn’t throw any weight behind Olu Kemta Dabonyin on the alleged criminal allegations leveled against him that are now under police investigations.

“Please let our team be mindful that we’re only concerned about the publication that said status quo means we all should go back to our Baale status before we were appointed as Obas of our various communities in Ogun State.

“Thank you for your kind cooperation,”

The release however urged members of the public to disregard him as neither Baale or Oba of Adabonyin Village.

The 75 Coronet Obas in the rejoinder said the Kemta Traditional Chiefs have the right to take any decisions concerning their Community and subjects, but the issue of status quo concerned the entire 75 Coronet Obas remains.

Oba Tanimowo said, Hon Justice A.A Akinyemi of the High Court of Ogun State, ruling on the 75 Coronet Obas maintained that, status quo should be maintained by both parties in the case.

He explained that, the status quo was before the revocation by the present administration in the state.

Oba Tanimowo however emphasized that, “the revocation was done on the 6th of February, 2020, whereas, they remained as Oba till May 5, 2020 before the government revocation on May 6, 2020.

“On the 23rd of June 2020 the Hon Justice A.A. Akinyemi of High Court of Ogun State Abeokuta gave a ruling on the 75 Coronet Obas that status quo be maintained by both parties in this case.

“Status quo therefore is the position of things before the revocation.
“Therefore, status quo means they still remain a recognized Oba till date pending the determination of the suit.

It would be recalked that the revocation was done on the 6th of February 2020. The status quo therefore is the position of things as at 5th February, 2020.

The concerned 75 Obas was appointed on the 13th May 2019 by the immediate past administration in Ogun state.