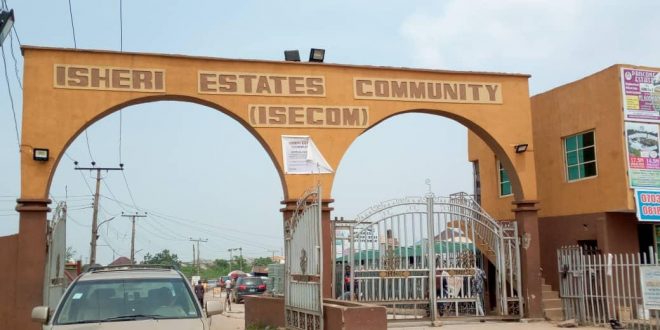 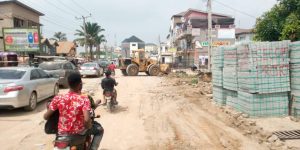 OGUN STATE: As part of efforts to curb the yearly challenges encountered by residents of Isheri Estate, in Ifo Local Government area of the State, the Ogun State Government has commenced the rehabilitation of 2 Kilometers road and drainages along Channels Avenue, Isheri Estate, which hosts 17 Communities.

According to a press release e-signed by and made available to StarTrend Int’l magazine & www.startrendinternational.com by Femi Olayinka, Press Officer, Ministry of Works and Infrastructure, leading other Engineers on inspection to some of the ongoing road construction sites in the State, the Commissioner for Works and Infrastructure, Engr. Ade Akinsanya, revealed that the reconstruction of the road was to alleviate the hardships being faced by the people of the Communities and also improve the commercial status in the area.

The Commissioner maintained that, all illegal structures built on the water ways would be demolished to pave way for the construction of standard drainages, adding that, all the water runoff would be properly taken care of, to avoid recurrence of flooding in the area.

The residents took turns to appreciate the State Government for the project, saying, it will go a long way in removing the untold hardship they have been facing in the past. 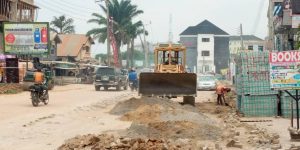 In his remarks, the Chairman, lsheri Community Development Association (CDA), Mr. Abiola Adeoye commended the present administration for the reconstruction of the roads and the water channels, advising people within the area to always keep the waterways and the environment clean, to complement efforts of government in achieving a clean environment.

Meanwhile, the reconstruction of Olabisi Onajole road in Ikenne, has been completed by the Public Works Agency OGPWA, just as the asphaltic surfacing of the ongoing Abeokuta-Siun-Sagamu interchange road has commenced.

The site Engineer, Biodun Akinnawonu gave the hint in a chat with the media, assuring that the project would be delivered in record time.