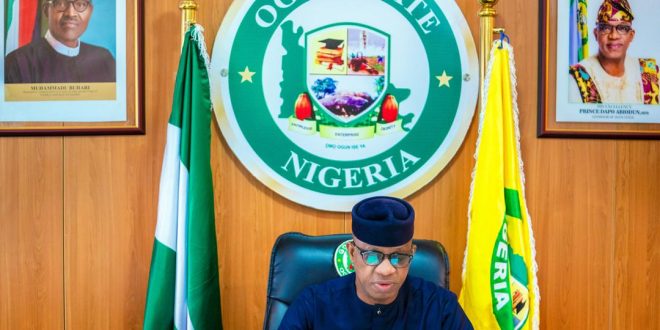 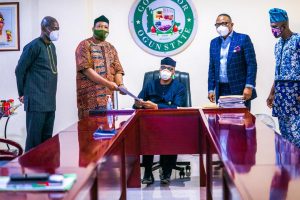 ABEOKUTA: Ogun State House of Assembly on Thursday, June 11, 2020 granted an approval to the State Government to access N250bn only as three years Medium -Term Expenditure Frame Work ( MTEF) programme of the State to stimulate and grow the State’s economy to be accessed in tranches of N100bn annually.

The Assembly’s approval followed the passage of a resolution titled: “H.R: No. 067/OG/2020- Request for Bond Issuance, Public Offering or Book Building to the tune of Two Hundred and Fifty Billion Naira”, moved by the Majority Leader, Yusuf Sheriff, seconded by Jemili Akingbade and supported by all the lawmakers through a voice vote at a plenary presided over by Speaker Olakunle Oluomo.

The Assembly’s decision was in line with the State Governor, Prince Dapo Abiodun’s request for approval to access the credit facility communicated to the State House of Assembly last month and read yesterday at the plenary.

According to the approval, the medium term financial programme would be carried out in tranches of One Hundred Billion Naira (N100bn) only annually, through any of bond issuance, public offering, book building or such other methods as may be approved by regulatory authorities, while access to other tranches were subject to further approval of the State House of Assembly.

The resolution partly reads, “It is the opinion of this Honourable House that, having considered, at several executive sessions the request for Two Hundred and Fifty Billion Naira (N250, 000, 000, 000:00) only as three years Medium-Term Expenditure Framework (MTEF) programme of the State, to stimulate and grow her economy post-COVID19, the programme is hereby approved in tranches of One Hundred Billion Naira (100, 000, 000, 000:00) only, annually, through any of bond issuance, public offerings, book building or source other methods as may be approved by regulatory authroties, while access to other tranches are subject to further approval of the House”. 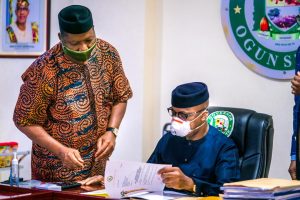 Earlier, the Chairman, House Committee on Finance and Appropriation, Olakunle Sobukanla explained that due to the economic challenges occasioned by COVID-19 pandemic, the State needed to access the financial instrument with a very low interest rate to further the infrastructural development of the State.

Responding, Speaker Oluomo stated that upon receipt of the request, the Assembly had engaged relevant government agencies with an assurance on the desirability of the facility, stressing that the approval of the financial intervention would help sustain the State’s economy, following the economic downturn caused by the pandemic leading to the drastic reduction in the internally generated revenue as well as fund being received from the Federal allocation account.