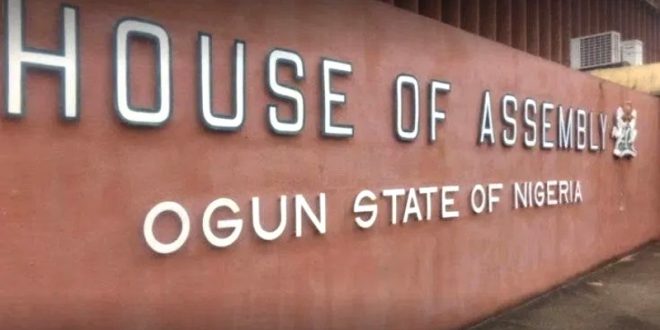 Hon. Balogun is a member of the Assembly, representing Ogun Waterside State Constituency.

The election was sequel to his nomination by a member representing Remo North State Constituency, Hon. Solomon Osho, seconded by his Ijebu-North East counterpart, Hon. Abayomi Fasuwa and was unanimously supported by other lawmakers at a plenary presided over by the Speaker, Rt. Hon. Olakunle Oluomo at the Assembly Complex, Oke-Mosan, Abeokuta.

Earlier before conducting the nomination exercise, the Clerk and Head of Legislative Service, Mr. Deji Adeyemo, presented a report on the vacancy in the office of the Deputy Speaker, after which the voting process was concluded upon the acceptance of nomination by Balogun, who thereafter took the Oaths of Office and that of Allegiance respectively as administered on him by the Clerk.

The report presented by the Clerk reads, “kindly permit me to recall one of the major events of the Plenary session of the House held on Thursday, 4th March, 2021 which culminated in the impeachment of the former Deputy Speaker of the House from Office.

“That exercise has created a vacuum in the Office of the Deputy Speaker of the House and the notice of this vacancy is hereby communicated to the Plenary for necessary action as contained in the extant provision of the Standing Order of the House”.