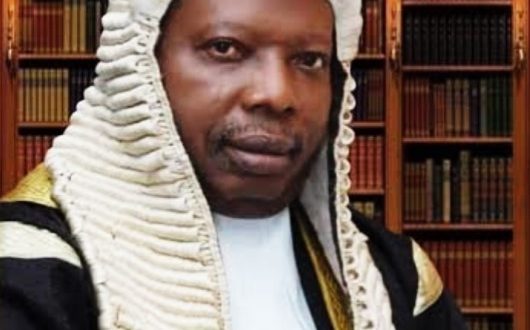 This came barely 24hours after the screening of the Commissioner nominee and the nominee for the President of the State Customary Court of Appeal,

The unanimous confirmation of the nominees, whose names were transmitted to the legislative arm for ratification and approval by Governor Dapo Abiodun at a plenary presided over by Speaker Olakunle Oluomo at the Assembly Complex, Oke-Mosan, Abeokuta on Tuesday January 2020.

According to the report, after their screening, the lawmakers found them eligible and suitable to assume public office as Commissioner in the State as well as the President of the Customary Court of Appeal in the State.

The confirmation followed the presentation of the Reports of the Committee on Selection by the Majority Leader, Yusuf Sheriff, who moved the motion for its adoption, seconded by Honourables Ajayi Bolanle and Balogun Akeem, respectively.

Consequently, Sheriff moved the motion for the confirmation of the nominees, seconded by Honourables Jemili Akingbade and Kemi Oduwole, respectively, supported by all the lawmakers through a voice vote.

Meanwhile, Speaker Oluomo has stressed the need for Chairmen and members of the Local Government Transition Committees, whose names were transmitted to the Assembly for approval to put in place strategies towards promoting peace, inclusive governance and development at the grassroot.

Oluomo, who gave the charge during the screening of the Chairmen and members of the transition Committees from Ogun Central Senatorial District at the Assembly Complex, urged them to lift the bar of performance at their various local government level, thereby complementing the State Government efforts at ensuring even delivery of democratic dividends to the people.

The nominees, who consisted of five members each led by Mr. Tunde Tella for Abeokuta North, Mr. Ayodeji Somide Abeokuta South, Mustapha Fatai for Obafemi-Owode, Semiu Bola Lawal for Odeda, Fatiu Salami for Ifo and Babayemi Emmanuel Olumuyiwa for Ewekoro were advised to avoid political segregation in the discharge of their duties, while strengthening cordial relationship with all stakeholders for the development of the grassroot.

Publisher and Editor in Chief - Magazine and Online Tel: 08038525526 - 08023339764 - 08055657329 Email: startrendinter@gmail.com
Previous Odebiyi Says, “I Will Make Sure Ogun West Is Not Shortchanged Or Segregated Amongst Its Equals In Ogun State” As Beneficiaries Of Police Academy Pay Him Thank You Visit
Next Engr. Noimot Salako-Oyedele: Celebrating An Amazon @ 54!