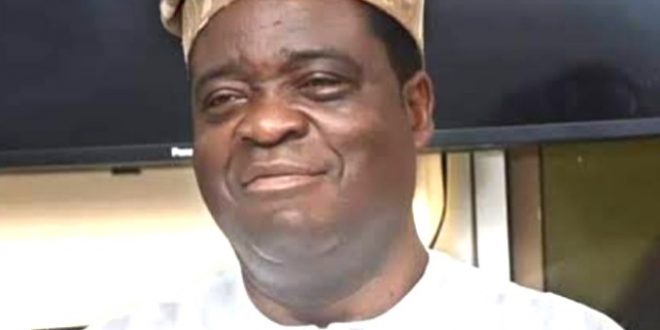 ABEOKUTA – The Ogun State Commissioner for Agriculture, Dr Adeola Samson Odedina, on Sunday, December 6, 2020, bagged another two awards for his giant strides in the Ministry.

Dr. Odedina was among some other dignitaries that were honoured with the Prestige Newspapers Award as he bagged, “Most Performing Commissioner” and “Most Media-Friendly Commissioner”, respectively.

In his speech, the Commissioner having appreciated Mr Dada Olanipekun, the publisher of Prestisge Newspapers, dedicated the two awards to Ogun Agric Team and his fellow State Executive members, noting that “had it been the Finance Ministry as one of other indispensable Ministries refused to support Agric, there wouldn’t be any thing called performance.

“These awards are not mine, they are for Agric Team 2020. I have with me Mr. Samsideen who is the Director of Produce. And you heard in the news that Agric Team surpassed budget limitation. Mr Samsideen is the Chairman of Revenue in Agric.

“I also have the Directors of Fishery and that of Planning with me here.

“The awards are also for Exco members of this administration because I can’t exists in isolation.

“Every Ministry has been part of whatever success we are able to record, starting from Budget and Planning across board because the present Executive Committee members are one.

Receiving the Award, the LOGPAN Chairman, Chief Ayilara commended the publisher of Prestige Newspaper as he pray God’s mercy upon him and family.