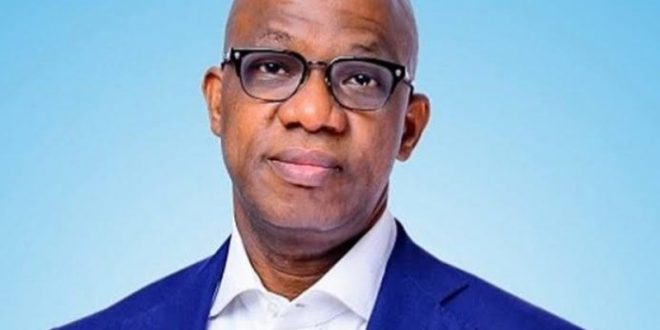 The newly appointed General Manager of the Corporation, Estate Surveyor and Valuer, Akinwale Ojo, made this known during a media chat with journalists in his office at Oke-Ilewo, Abeokuta, saying the State government would not relent in its efforts at providing affordable housing to the people, as about a thousand housing units would be developed across the State, to create a better life for the masses.

Ojo hinted that Governor Abiodun had mandated the Corporation to develop a scheme to create avenue for people, who could not afford already-built houses but alternatively, purchase land to build their own homes on installments.

“The State government has mandated us to develop a start and service scheme, whereby people that could not afford to purchase houses would be able to buy land and build their homes”, he said.

ESV Ojo also promised to prioritize welfare of the Corporation’s staff in a bid to engender productivity, adding that their challenges would be addressed, as he had worked in different departments of the agency.

“I have been involved in the system, I know where the shoe pinches the staff and now that I am privileged to be the captain of the ship, it is only natural and important that we make staff welfare our topmost priority”, he said.