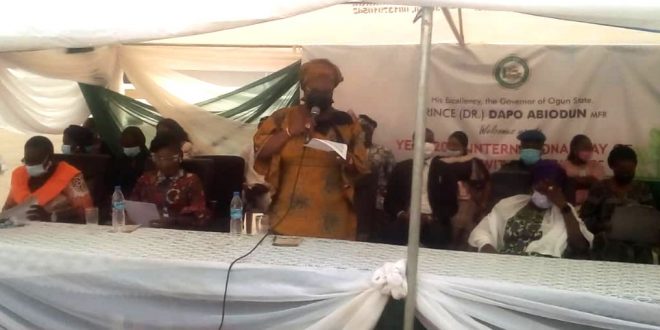 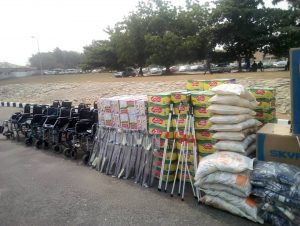 ABEOKUTA – Ogun State Governor, Prince Dapo Abiodun has promised to support, promote and cater for the welfare of persons living with disabilities, in order to make life meaningful, as well as make them relevant in the society.

Represented by his Deputy, Engr. Noimot Salako-Oyedele, at the commemoration of the International Day of Persons Living with Disabilities, at the Arcade Ground, Oke-Mosan, Abeokuta, Prince Abiodun said the welfare of people with disabilities is one of the major concerns of the present administration.

He said disability could happen to anybody, therefore best facilities should be made available for them, in order to make life worth living.

Prince Abiodun added that his administration had started implementing his campaign promises, which included adequate improvement in the standard of living of people living with disabilities, support for employment, as well as provision of rehabilitation center, that the Ministry of Women Affairs and Social Development is working on presently.

In her address, the Commissioner in the Ministry, Mrs. Funmi Efuwape, said the celebration of the day was to promote full and equal participation of persons with disabilities in every aspects of political, socio-economic and cultural life.

She further noted that, the theme for this year’s celebration “Building Back Better, Towards a Disability-Inclusive Accessible and Sustainable post COVID-19 World” had been carefully selected to emphasise on the importance of strengthening the collective efforts, for universal access to essential services, as it also reflects a growing understanding that disability is part of human condition.

According to her, ‘’the International Day of Persons with Disabilities was to promote the full and equal participation of people with special needs, to take action for their inclusion in all aspects of the society and development, as well as to seek increase awareness on the gains to be derivable from the integration of persons with disabilities in every aspects of political, socio-economic and cultural life’’. 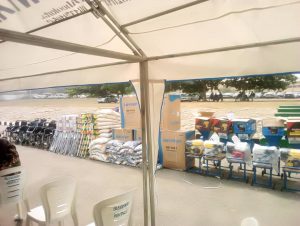 In their separate goodwill messages, the Chairmen, Disability Clusters, Messer Olusola Philips, Olutomi Adeosun, Micheal Ndidi and Mrs. Kemi Oyebola, appreciated the present administration for remembering them, calling on government to come to their aid on the issue of employment into the civil service, treatment of some of their members who were on physiotherapy treatment, not forgetting the difficulties faced by some of their members while using major roads.

Some of the items given were 12-wheelchairs, 15 white canes and crutches, five chest freezers and food items.

Speaking on behalf of the beneficiaries, Adijat Monsuru and Toyin Ogunmefun thanked the State government for the gesture, saying the empowerment tools would make them financially independent.