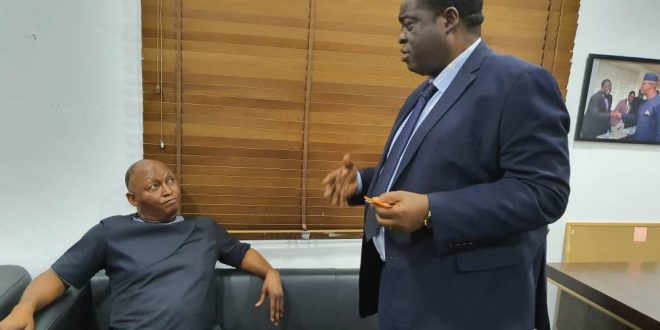 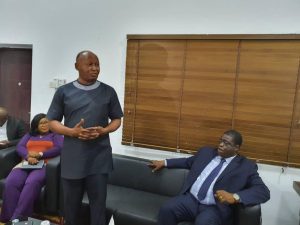 ABEOKUTA: The Ogun State Government has revealed plans to partner with an international donor agency, a food and nutrition expert – Harvest Plus Nigeria on bio-fortified cassava, maize, zinc, rice and orange fleshed sweet potatoes as a sustainable agriculture intervention for health and income generation.

The State Commissioner for Agriculture, Dr. Samson Adeola Odedina, while receiving the representatives of the Bill Gates Funded Donor Agency in his office, at Oke-Mosan, Abeokuta, who paid him a courtesy visit, disclosed that one of the vision of the current administration is to leverage on the strength of the private sector to deliver on food security, income for the people and access to bio-fortified foods which include vitamin A cassava, maize, zinc, rice and orange fleshed sweet potatoes.

Dr. Odedina submitted that discussions with the international donor agency was centred around potential areas of partnership in promoting bio-fortified crops and foods as the Ogun State Government is seeking ways of creating wealth and increasing food sufficiency among citizens of the State.

He further stated that the partnership will see joint activities across the value chain with special emphasis on input delivery, capacity building for enterprise development in production, value addition, marketing and awareness creation to drive behavioural change and markets, noting that the Ministry will organize an investment forum on agriculture to consolidate the ongoing agricultural revolution programme of the State Government.

His words, “We have received assurance from Harvest Plus Nigeria that before the planting season, enough of these stems will be made available to our farmers in the State. We want to start from the seed, then the products and the locations where the products would be sold and consumed across the State. It is a value chain approach”.

On his part, the Country Director, Harvest Plus Nigeria, Dr. Paul Ilona, appreciated the efforts of the State Government in taking agriculture to the next level, saying, “the coalition of donor agencies are ready to help usher in the agricultural revolution in the state which would be driven by partnership that would have impact on investments in the State.

“We see food as a tool for the body, but in the real sense, food should be tool for nutrition, and unless our bodies are well nourished, we will not go to full capacity. Nutrition should primarily target the first 1000 days of a child, so we want to thank the State Government for putting so much effort into that.

“For us, food is the primary source for delivering essential micro nutrients our bodies need to go in to full capacity. So if our foods are not nutritious, we are just eating to fill up the stomach”.