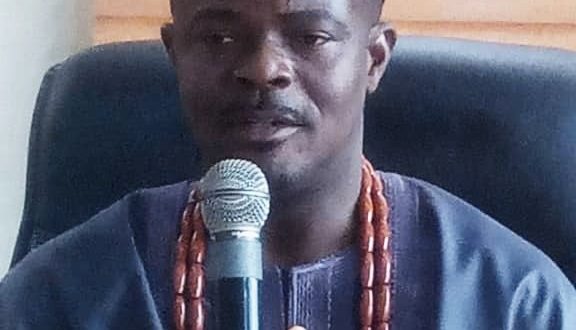 ILARO-YEWA: Towards the socio-economy development of Ogun West, the Olu of Ilaro & Paramount Ruler of Yewaland, Oba Kehimde Gbadewole Olugbenle (MFR) has charged the indigenes of the area to unite and always speak with one voice at all times.

Oba Olugbenle who gave the charge while playing host to members of Yewa Chamber of Commerce, Industry, Mines & Agriculture (YECCIMA) in his palace at Ilaro, pointed out that, inability of the people of the region to come together and speak with one voice, ditto with their nonchalant attitude was the main problem confronting the region.

His words, “We will remain where we are if we continue to take instructions from outsiders. We are the problem of ourselves. Our people are not united and we don’t speak with one voice. That is our main problem.

“We should come together in unity and begin to speak with one voice for the progress and development of our land”.

On YECCIMA, the Paramount Ruler said that many people joined the organization for their selfish purposes which was against the motives of establishing the chamber; hence the main problem confronting the organization.

The first class monarch called on the current executive members of YECCIMA to take away the governance and control of the chamber from those selfish members, most especially, the politicians who were there to position themselves for political gains and appointment, saying that the executives should endeavour to introduce innovative and beneficial programmes that would make the chamber more attractive for businessmen and women within and outside the region to join the organization.

“I don’t play politics. I am for everybody. Whether you are APC, PDP, AD, ADC etc, you are all my children. People came to joined YECCIMA with idea of positioning themselves for political appointment which is against the motives of establishing the chamber, and immediately they got what they wanted, they leave without any meaningful contributions to the chamber.

“I want to say that until when you that are very patriotic and honest to the chamber and its mission take away the runnings of the chambers from the selfish politicians in your midst, the problems confronting the chamber will persist”.

Oba Olugbenle stated further, “You have lots of work to do. We

have a very good structure in NACCIMA, in Ijebu and Egba. Why is our own different? We are not strong here”.

The monarch implored them to take bold step to rebuild the chamber by starting afresh for the progress of the organization and benefit of the upcoming generation.

He prayed that God grant the current executives the knowledge and wisdom needed to develop the chamber and Yewaland at large.

Speaking earlier, the President of YECCIMA, Alhaji Sijuwade Idowu said that the current executives and members of the chamber have been working towards the progress of the chamber; hence the reason they were at the palace to seek for advice and support of the

Alhaji Sijuwade who pointed out that resources in Yewaland is enough to develop the region, said that, lack of love and unity was the main problem facing the region.

He pleaded with the Paramount Ruler to use his good office to talk to businessmen and women in the area and in diaspora, together with all traditional rulers in Yewaland, artisans and farmers to join the organization so that YECCIMA would grow and develop like that of Ijebu and Egba chambers of commerce.

His words, “I thank your Royal Majesty for hosting members of YECCIMA. We want YECCIMA to progress and grow. What we have in Yewaland is enough to share and develop Yewaland, but lack of

love and unity is the problem. That is the reason why we are here.

“We want you to please use your good office to talk to our people; the businessmen and women, Obas, artisans and the rest to join YECCIMA so that it will grow and develop like those we have in Ijebu and Egba”.