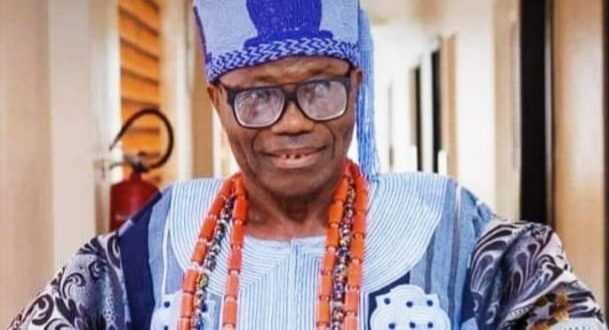 According to a release e-signed by Hon. Olaifa Jimoh Aremu (OJA) Member, House of Representatives, Egbado North/Imeko Afon Federal Constituency and made available on Saturday, July 11, 2020 to StarTrend Int’l magazine & www.startrendinternational.com by Wale Junaid, Media Aide to the lawmaker, Hon. Jimoh Aremu, said, “I write to express my condolences as my family and I identify with the entire indigenes of Imasayi, Oni family, Yewa Council of Traditional Rulers and friends on the ascent to the throne of heaven by His Royal Majesty, Oba Gbadebo Adesola Oni, Aribio III, Olu of Imasayi, Yewa North of Ogun State.

“It will be recalled that the late Olu of Imasayi left the private sector where he was extremely making us proud as the General Manager of Union Beverages Limited, in 1990 to become the Traditional Ruler of his Town, Imasayi with funfair.

“A progressive personality with a perfect equilibrium of modernity and intellectual prowess and upholder of tradition and culture of Oba Gbadebo Adesola Oni leaving our land at this moment definitely cannot be an easy feeling but we take solace in the good, impacted and fulfilling life Kabiyesi lived as well as the peace, development and prosperity witnessed throughout his almost 30years period on the throne.”

Hon. Aremu stated further, “To underscore the pedigree and capabilities of late Kaabiyesi; he was the acting Paramount Ruler of Yewaland from 2008 to 2012 and was until his demise the General Secretary of Yewa Council of Traditional Rulers with impressive tenure. He was a very active stakeholder in the socio – cultural and political affairs of Yewaland, Ogun West and the memory of his contributions in this regard as well as his committed passion to the progress of Ogun State will continue to linger within us.

“On behalf of the good people of Egbado North/Imeko Afon Federal Constituency, I commiserate with the Olu of Imasayi In Council, Oni family, Yewa Council of Traditional Rulers, and friends, particularly the entire kinsmen from Imasayi and I pray that Almighty Allah Subhanahu Wa ta’ala grant all of us the fortitude to bear the loss and grant Kabiyesi eternal rest.