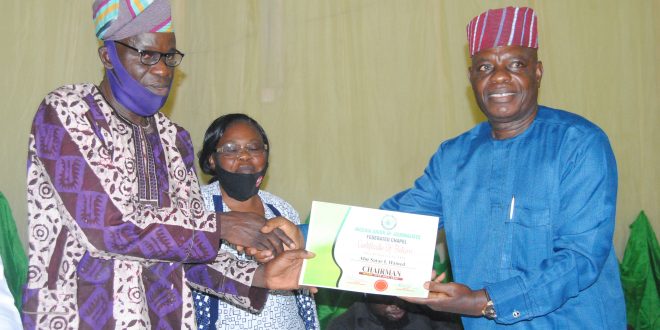 Elhadj AbuSatar Hamed is being presented with the certificate of return by Mr. Cosmos On (left), the Zonal Vice President of NUJ while Comd.Omolola Adeyinka (center), Ogun State Council chairman watches. 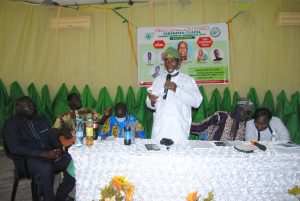 The exercise which was conducted by the Ogun state Caretaker Committee, led by Comd. Omolola Adeyinka and observed by representatives of the National Council of NUJ, Comd. Cosmos Oni (Vice President Zone B) and Comd. Bamigbola Gbolagunte (Zonal Secretary Zone B) on behalf of the NUJ President took place on Friday, July 27, 2020 at NUJ Secretariat, Iwe Iroyin, Abeokuta.

In an interview shortly after the election, the Vice President of NUJ, Zone B, Comd. Cosmos Olalekan Oni noted that the free and fair election remained the only recognised exercise conducted in by the Federated Chapel of Ogun State NUJ. 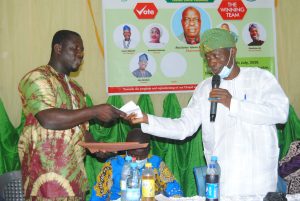 He however called on members of the public, including professional colleagues within and outside Ogun state to only deal with the AbuSatar Hamed led Ogun state Federated Chapel exco which was backed by the national and state body of NUJ.

Also speaking on the election, the Chairman, Ogun NUJ Caretaker Committee, Comd. Omolola Adeyinka expressed her thanks to God for successful election and inauguration of the newly elected officers of the Federated Chapel, “duly recognized by the National Secretariat and Ogun State Council of NUJ.”

Comd. Adeyinka stated further that The National Vice president, B Zone, Comrade Cosmos Oni and the Zonal Secretary, Comrade Bamigbola Gbolagunte were present at the programme as observers and also to give credence to the exercise. 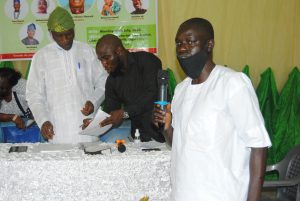 Her words, “I therefore enjoined all noble journalists in and outside Ogun State and the general public to discard the news spreading around of a kangaroo election, an exercise not recognized by the NUJ State Council and National Secretariat.

“I hereby reiterates that anyone that transact business or associate with them, do so at their own peril.

“I also urged Ogun State Government and the general public not to have any dealings with them, because they are mere impostors and jokers because they are not representing the interest of our great Union.” 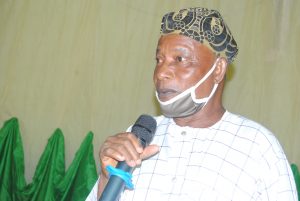 “Once again, I Congratulate the newly elected Chairman – Comrade AbuSatar Idowu Hamed and other officers of Federated Chapel, wishing you all a peaceful and successful tenure.”

In another development, the Secretary, Zone B of NUJ, Comd. Bamigbola Gbolagunte, has issued a letter titled, Introduction of NUJ Recognised Ogun Federated Chapel Executives to the Ogun state government, federal, state and local government establishments in the state.

The letter reads in part:

INTRODUCTION OF NUJ RECOGNISED OGUN FEDERATED CHAPEL EXECUTIVES
Following the conclusion of election into the Federated Chapel of Ogun NUJ, by the Caretaker Committee set up during a Congress of the chapel, after the dissolution of the former executives led by Mr. Niyi Adeloye. 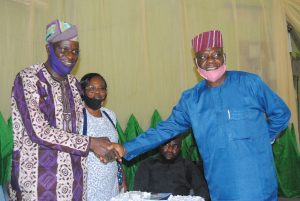 The following persons have emerged as the new executives of the Federated Chapel, Ogun NUJ, in an election witnessed by the leaders of the B Zone and the Ogun State Council conducted in line with the constitution of the Union, article 6 Section 6.

We write to inform your good office to extend all the possible supports and courtesies to the listed names and urged you not to accept any other person or group that might intend to parade themselves as leaders of the chapel. 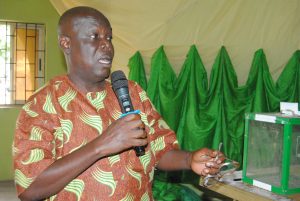 Please note that there is no legal or political issues preventing these set of people to function on behalf of the union.
We thank you for your usual cooperation. 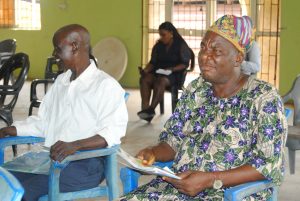 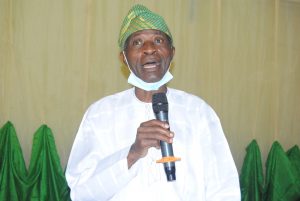 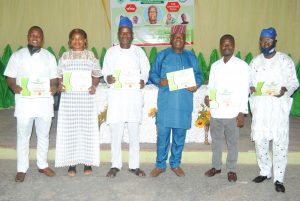 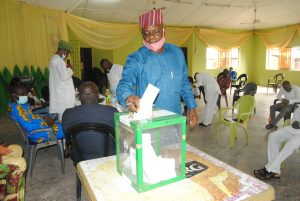 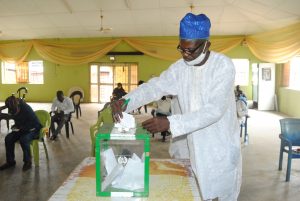 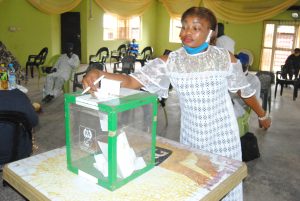 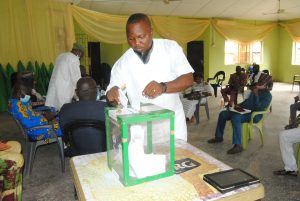 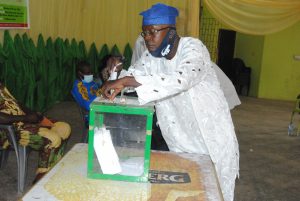 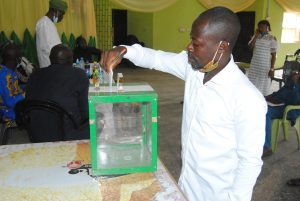