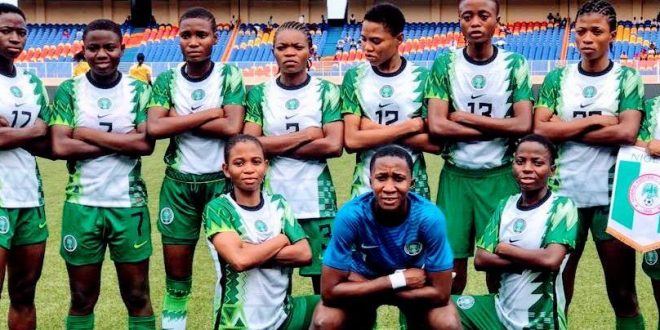 IBADAN – Monday, October 17, 2022, Nigeria’s U-17 female soccer team – the Flamingos will take on Chile for the Q-final ticket in the on-going FIFA U-17 Women’s World Cup, holding in India. I wish our gallant team the best of luck.

If the Flamingos scale the hurdle tomorrow, nothing prevents them from repeating the feat of our junior male U-17 soccer team that won the World Cup in1993.

Even though the male junior soccer heroes surprised the whole world by their victory, the mood of the country that year had been dampened by the unfair annulment of that year’s presidential election (JUNE 12) believed to have been won by the Social Democratic Party (SDP) Presidential candidate, the late Bashorun Moshood Kashimawo Olawale Abiola, GCFR.

The dictator, retired General Ibrahim Badamasi Babangida, whose Federal Military Government forced ashes down the national throat, is yet to make public the justification for his government’s heinous deed.
Democrats, home and abroad, cried foul for the cowardly act of the annulment.

As an executive member of the Association for Democracy in Nigeria (ADIN), I registered my opposition to the Babangida-led FMG’s unwarranted annulment with the publication, among other actions, of my satire: “OUR TROPHY, PLEASE”, in ADIN’s magazine issue of 18th October, 1993 – 29 years ago come Tuesday, October 18, 2022.

As they say, a 20-year old pounded yam can still scalp the palm of its consumer.

I pray the Flamingos win all their qualifiers and bring the World Cup home, like the young superstars did in 1993. There will be no satire this time around.