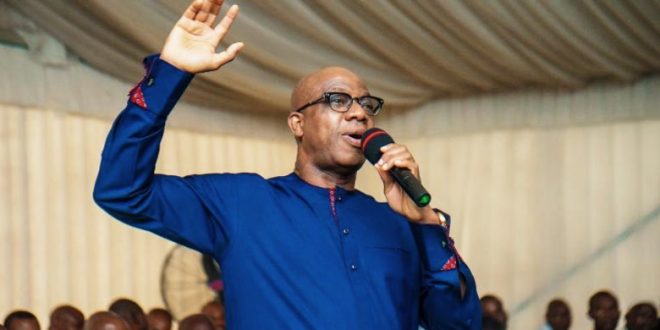 Not Responding To Opponents’ Attacks Gave Us Victory – Abiodun 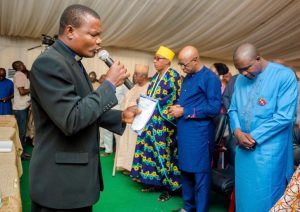 IPERU-OGUN: The Ogun State Governor, Prince Dapo Abiodun has said that not responding to various attacks by his opponents during the electioneering campaign in the run up to the 2019 gubernatorial election, gave him victory at the poll.

According to a press release e-signed and made available to StarTrend Int’l magazine & www.startrendinternational.com by S.F. Ojo, SA, Media to the Ogun Governor, the Governor, who revealed this at this year’s Universal Week of Prayer, with the theme:

“Liberty Wherewith Christ,” organised by the Iperu Branch of the Christian Association of Nigeria (CAN), noted that anger could deny one his or her destiny, if not well managed. 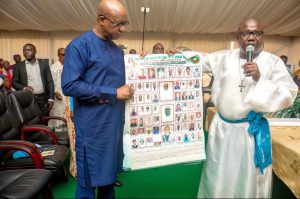 His words, “It is good not to be angry. I always pray to God not to allow me be angry. I know what God has done in my life. If you remember what happened at the Stadium the day the President came… We all went from Iperu, and they began to pursue us with cutlasses, booed us and did so many nasty things to us.

“But the spirit of God kept on telling me not to do or say anything, but to sit down and watch. It got to a point that my wife tapped me from the back and whispered to me not to react. I must say that it is good not to be angry, because it is the vurtue of not getting angry that day that contributed to our victory at the poll.” 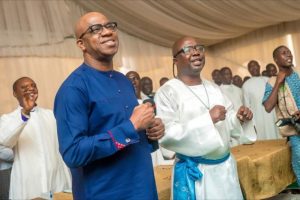 Prince Abiodun, who also stressed the importance of forgiveness, said he had forgiven those who offended him before, during and after the gubernatorial election in the State, adding that God used his adversaries for his upliftment.

The Governor said his experience during the electioneering campaign has thought him big lessons on why he should not be angry and also to forgive those who stepped on his toes, as commanded by God.

Hear him, “It is natural for humans not to forgive. You will hear people say, ‘over my dead body,’ but God commanded us to forgive 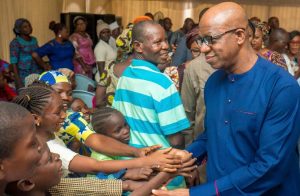 those who offend us. It is when we forgive others that God will also forgive us his children and lift us up,” Abiodun said.

The Governor opined that God has been kind to the people of Iperu, Remoland and the entire State, urging the people to have faith in God, as He is able to do whatever He promised, calling on them to be ready for tests, as “there is no testimony without a test.”

In his sermon titled, “Desist from Anger,” Rev. Adekunle Taiwo, traced sources of anger to man and the devil, enjoining the people 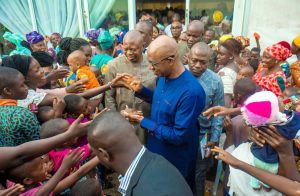 to run away from anger as it was capable of ruining lives and bringing destruction to even an entire city.

He said for man to live a life devoid of anger, he must learn to forgive, have a personal relationship with God and be at peace with every man, saying that a man with an unforgiving spirit could miss his destiny.

Tags Not Responding To Opponents' Attacks Gave Us Victory - Abiodun#