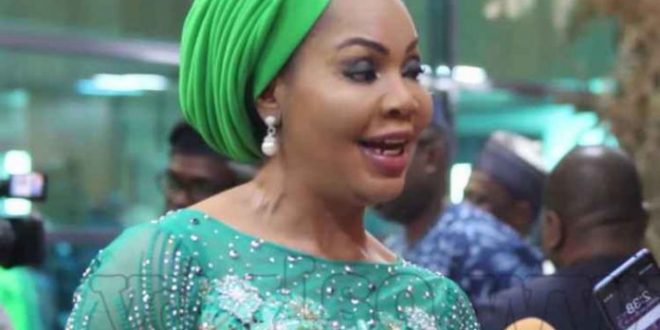 A member of the House of Representatives, Nkeiruka Onyejeocha, who represents Isuikwuato/Umunneochi Federal Constituency of Abia State, has declared her intention to contest for the seat of the Speaker.

Onyejeocha made the declaration despite the decision of the leadership of her party, the All Progressives Congress (APC), to support the bid of the House Leader, Femi Gbajabiamila, to emerge as the Speaker in the Ninth National Assembly.

The lawmaker who is the House Committee Chairperson on Aviation explained that she took the decision as a result of the concerns of the people of the south-east region, regarding the distribution of presiding officers’ positions in the National Assembly.

Onyejeocha also called on the APC leadership to fulfil its promise to Nigerians that it would increase women participation in the governance of the country adding that she has been a member of the House for more than 11 years and has served her constituents and Nigeria diligently and with distinction.

The lawmaker said she sponsored several motions and bills, conducted oversight over multiple activities and initiatives of government, ministries, departments and agencies, as well as helped deliver meaningful constituency projects to the people of her constituency.

Previous My Generation Has Failed Nigerians – Soyinka
Next How Two Nigerian Nationals Indicted in U.S. Over Bitcoin Fraud Scheme