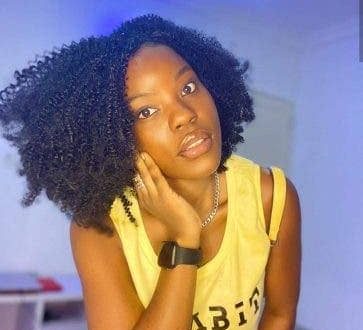 NIMIE – THE BRIDE OF TIME 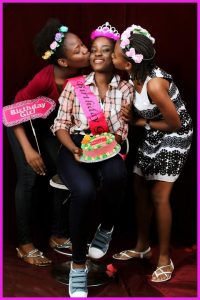 Like a number of people, I found the story about the misinformation on ‘Nimie’, a 200-level Physics undergraduate of the University of Lagos (UNILAG) very depressing. Reading a couple of tweets about her the penultimate week, I was almost entrapped in the cauldron of social media frenzy. The litany of uncouth comments by this dissident section of the twitter army is gradually garnering a phony of narrative about the Nimie lady. By Nimie, I refer to the contextual meaning of the word ‘’Nimie’’ which is a synonym of generosity, affectionate appeal, forgiving and caring.

Ifeoluwanimi Ogunjebe, an indigene of Ogun State, was the lucky winner of the Mavin ’superstar and the Lady crooner- Rema’s online contest. In a tweet via his official twitter handle @heisrema on June 19, 2020 he (Rema) had tweeted: ‘’I want to spend a day with a special fan girl in Lagos next week, link up I wanna spoil you a bit. Comment with a picture if you’re single with the hashtag #Ginger me’’. Like every other celebrity active on social media, such magnanimous gestures are usual games, luck being the only determinate factor. This 3rd born in the family of three, was the luckiest one to be selected for the fan date with one of Nigeria’s best male artiste.

No doubt, Rema is one of the most-sought after male voices – young, influential and famous. His clout around any lady would practically sweep her off her feet. Maybe not. Expectedly, the online media space exploded with the choice date, events making up the outing for two was popularized by bloggers. At an immediate instance, Nimie became the face of styles online, rousing the bandwagon of speculations; and the erroneous perception that she is having an amorous relationship with the singer.

If I had earlier mentioned that she is Rema’s girlfriend, I trust that many readers would have agreed instantly. Without batting an eye or getting the facts right, they’d sheepily commit the fallacy of hasty generalization. It is true that pictures speak a thousand words, words inconceivable may alter the prime objectives of the picture itself. By her outing with Rema, the budding model and actress has made a mark for herself – consequences that could be in favour on one hand. On other hand, a nightmarish PR for the soft-spoken Nimie, if the trends are not properly channeled.

Nimie in an interview with BBC Pidgin had clarified that the chance meeting with Rema was an act of fate. Speaking in pidgin, the young lady reminisced about the outing with Rema whom she described as a ‘’very romantic person’’. In sharp contrast to the assumed imagery of Nimie as a ‘’boyfriend snatcher, gold-digger, opportunist and a spooky’’ stemming from the online onslaught; this ‘’Ikenne’’ damsel is the calm, affable, homely and studious type. 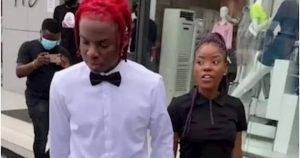 As much as her creative form is evident, Nimie, is one of the best in her department. Fun and loving, she is one that can be referred to as the ‘’life of the party’’. An Alumnus of Methodist Girls High School, Yaba, she upholds the cardinal principles of friendliness and good sense of purpose. Perhaps, this innate willingness to achieving the best must have spurred her towards a good end when she contested and won the contest.

Conclusively, I recall the words of a famous philosopher when he said: ‘’The height attained by the great men is not by sudden flight’’. Nimie is a depiction of the hard-working average Nigerian youths who believes in the dignity of labor; an excellent star shinning; a rarebit among the modern day lady who strives to be the best always.

Tags NIMIE – THE BRIDE OF TIME#