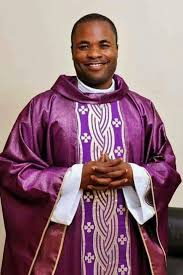 Nigerian Priest Quits Catholic Church, Says “I Want To Go To Heaven When I Die”

Idowu Hamed August 7, 2017 RELIGION Comments Off on Nigerian Priest Quits Catholic Church, Says “I Want To Go To Heaven When I Die” 169 Views

A Catholic priest in Nigeria stunned radio listeners when he announced on a live programme that he was quitting the Catholic Church.
Patrick Edet, who served under the Catholic Diocese of Uyo, Akwa Ibom State, has been a popular voice on radio in the state through his weekly live programme called Grace and Inspiration.
On Wednesday, on Planet 101.1FM, Uyo, instead of airing his usual inspirational message which has over the years endeared him to thousands within and outside the state, Mr. Edet dropped the shocking news.
“On 31 of July, I resigned from my services, my duties and obligations as a Catholic priest,” he said.
“I ceased to be a Catholic priest in my thinking, in my spirit, in my soul, (and) in my body.
“Yesterday, the 1st of August, was my first day outside the laws, the regulations, (and) the authority of the Catholic church.
“In my mind, every law that bound me bound me because I submitted myself to the Catholic Church as an institution.
“Having submitted my resignation letter to my authorities in the Catholic Church, in my spirit, soul and body, I am free from every law that guided me. I submit myself to one authority – God,” he said.
Mr. Edet was a Catholic priest for more than 11 years. Akwa Ibom, a predominantly Christian state, has a high Catholic population. It is very rare in Nigeria to have a priest quit the Catholic Church.
He said he prayed and fasted for seven months before he took the decision to leave the Catholic Church.
The Catholic Church in the state could not be reached immediately for their comment on the matter.
Apart from being a radio preacher, Mr. Edet runs a crowd-pulling fellowship in Uyo, outside the control of the Catholic Church, using his Grace Family Global Outreach.
Those who have attended the fellowship meetings before said things are done the Pentecostal style – like prophesying and “speaking in tongue” – which often brought the priest into conflict with the Catholic doctrine and leadership.
Mr. Edet, throughout the about 40 minutes broadcast on Wednesday, explained his experience with God, his personal philosophy of life, and his conflict with the Catholic Church.
He said he had gone through a lot of opposition, antagonism and blackmail for the years he has been running the fellowship.
“All I hear every time is that I am not truly a Catholic priest.
“It has been in conflict in my heart because why I actually accepted not to marry and have children was not just to be a Catholic priest, but to do the things that I do – be nutty on radio and shout and laugh and inspire somebody. And cry when I need to cry and console somebody who cries and to live my life out in my faith openly and in the process make mistake.
“Peace has been taken away from me for years. I live in fear and in doubt. Sometimes I doubt myself – am I really right, am I in the right place,” he said.
Mr. Edet praised the Catholic Church as being “so organised” and “the best institution that has ever been built” by man, but however said that the space given to him in the Catholic Church as a minister was so small.
“A box is already made for you and you cannot go outside that box,” he explained.
“You cannot know God beyond that box. You cannot express God beyond that box. And any attempt for you to go beyond that box brings you label.
“The God that I have discovered in life is a God that cannot be fully known. That God is a God that cannot be fully predicted and cannot be fully captured in human expression otherwise he will cease to be a mystery. That is a God I have come to accept as my God.
“I have come to realise that serving that God you need freedom. When that freedom is limited you cannot fully serve that God.
“Each time I tried to cross the line, the thing I meet crushes me on the inside and makes me feel guilty. But I cannot stop doing it. There’s a pull inside of me telling me there is more, and life was meant to be more and that more is found in freedom in God.
The priest said he was aware that his action would bring along some unpleasant consequences, like rejection, for instance, and that he was ready to face them.
He said God would judge him, not by the words or actions of the Catholic Pope, but by his own life on the earth, and therefore he accepted responsibility for his action.
“The reason I am doing this is that I want to be right with God first. I want to go to heaven when I die.
“For those who are broken, I have these words for you – I have been broken for years.”
The cleric prayed for those who will condemn him for leaving the Catholic Church, adding that “I don’t even need to say I forgive you; you are right in your thinking, but just that you don’t know everything – you don’t know what has been in my life, you don’t know my motive, you don’t know why I leave, you don’t know who called me, how I was called and the covenant I have had with God, you don’t know where I am going to.
“It is not the Church that called me, it is God who called me that is above the Church, and my interest is to be right with Him first and have peace with Him first.”
Mr. Edet, who said he would continue to build his fellowship, promised never to ask or encourage people to leave the Catholic Church. 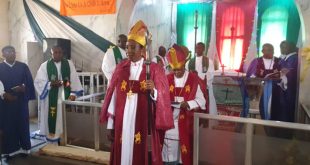 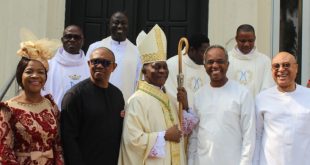 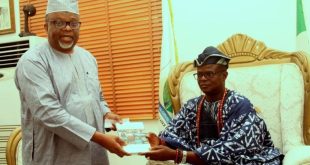