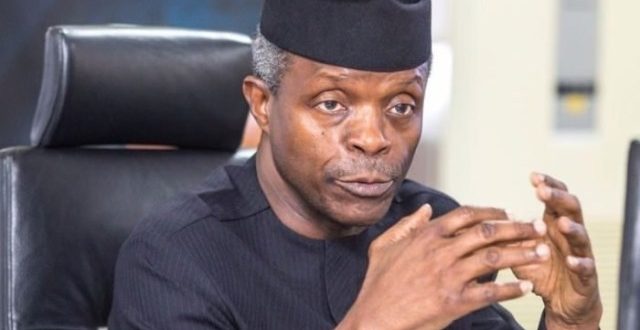 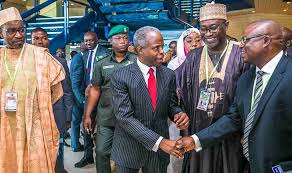 President Muhammadu Buhari is greatly concerned about ensuring the recharging and revitalization of the Lake Chad Basin so as to effectively tackle the issues of security, livelihood and development of the region, according to Vice President Yemi Osinbajo, SAN.
Prof. Osinbajo stated this on Monday July 22, 2019 at the Presidential Villa, Abuja, when he received a delegation from the National Defence College, NDC, comprising Course 27 participants.

The participants, who presented the VP with their annual report, also made a presentation to the Vice President on “Water Resource Management and Regional Security: Lake Chad in perspective”.
The Vice President further said the issue of the Lake Chad Basin is of great concern to the President, whom he noted has been advocating for the recharging of the Basin so as to tackle the attendant challenges.
While commending the participants of NDC Course 27 for the clarity of its presentation and recommendations in tackling the issues, the Vice President noted that their research work has introduced some fresh ideas and fresh thinking into what the Federal Government hopes to be focusing on in the Lake Chad Basin. 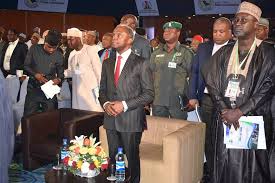 According to him, “I’m particularly struck by the research that you’ve done on the Lake Chad Basin. I want to say that the quality and clarity of the research work, and the recommendations made, demonstrate that there is a lot of resource that we can tap in.

“We look for best practices everywhere. So, it’s a pleasure to see presentations done with much clarity and understanding. Being something of great concern to Mr. President, I think that he will be very excited to hear that we, at least, have a number of options.
“You know how much time and attention Mr. President has paid to this issue, not just locally, but also in the Lake Chad Basin Commission. He has spent a lot of time trying to advocate for recharging the Lake Chad, so as to settle the matter once and for all.
The Vice President said Nigeria would have further consultations with foreign partners and friends to tackle the issues in the region that would benefit all.
“I’m also struck by the fact that you have a comparative analysis; this appears to be an advantage’m glad we have something here that is workable, at least it is worth the time investigating further,” he added.
The Lake Chad Basin Commission member countries include Nigeria, Chad, Niger, Cameroon and the Central African Republic. Member countries are collaborating to proffer solutions to security, environmental and socio-economic challenges as a result of the shrinking of the Lake Chad.