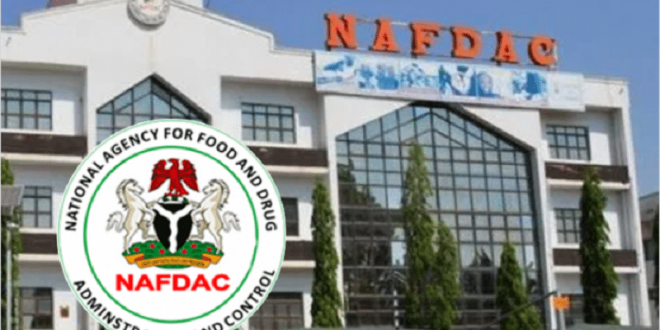 The National Agency for Food and Drug Administration and Control (NAFDAC) has alerted the Nigerians, especially health care providers, on the circulation of fake meningitis vaccines circulating in the Niger Republic.

According to a press statement by Prof Moji Adeyeye, NAFDAC’s Director General, health authorities in that country issued an alert on the fake vaccines after it was discovered during a routine inspection of pharmacies in Niamey in March.

“The Health Authorities of the Republic of Niger issued an alert on the fake vaccines discovered during routine inspections of the pharmacies in Niamey, Niger Republic, on 14th March 2019.

Adeyeye said that the fake vaccine had a manufacturing date of December 2016, and an expiring date of November 2021.

She said that the genuine vaccines used to control an outbreak of meningococcal infection were registered by NAFDAC in favour of Glaxo SmithKline Beecham (GSK), adding that Pfizer acquired the vaccines from GSK in 2015.

She warned importers and retailers of pharmaceutical products not to import or sell the fake vaccine.

“The fake MencevaxTM ACWY vaccine has a manufacturing date of December 2016 and an expiring date of November 2021.

“The genuine vaccines were registered by NAFDAC in favour of Glaxo SmithKline Beecham (GSK). Pfizer acquired the vaccines from GSK in 2015.

“NAFDAC implores all importers, wholesalers, and retailers not to illegally import, distribute and sell the fake Mencevax vaccines,” she said.

The NAFDAC boss said that Pfizer discontinued the sale of such vaccine in Nigeria in 2018, adding that NAFDAC had increased surveillance in all ports of entry to prevent the fake vaccine from entry into Nigeria.

“As a result of the discontinuation of commercialisation of the vaccines, Pfizer Specialities Limited no longer imports the vaccines into Nigeria.

Adeyeye, therefore, advised healthcare providers and other members of the public to be vigilant and contact the nearest NAFDAC office with any information on the fake vaccines.

She urged anybody in possession of the fake vaccines to submit such to the nearest NAFDAC office.

The NAFDAC boss also asked consumers to report adverse events related to the use of vaccines to the nearest NAFDAC office; via NAFDAC PRASCOR (20543 TOLL-FREE for all network) or via pharmacovigilance@nafdac.gov.ng.