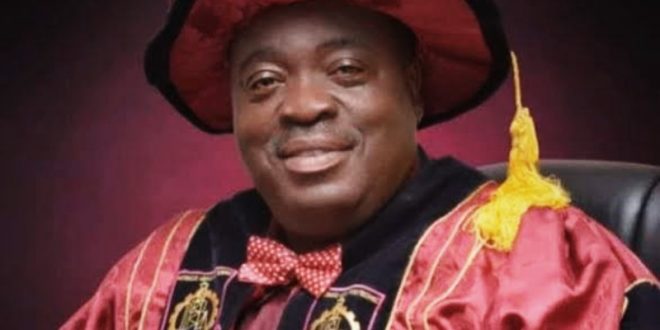 ABEOKUTA: The National Association of Agricultural Students (NAAS) have condemned in totality the decision of the Ogun State Government to use the Moshood Abiola Polytechnic (MAPOLY), Abeokuta for the Central Bank of Nigeria’s (CBN) Anchor Borrowers Programme.

According to a press release e-signed and made available to media by Comrade Laval Abdul-Wasiu, National General Secretary, NAAS, the Association insisted that the use of MAPOLY as the site for the cassava Anchor Borrowers initiative is noting, but misplaced priority giving the fact that the institution presently does not run any Agric related courses.

NAAS stressed that MAPOLY is not qualified and lack human capital resources to execute such project, adding that there are other institutions, such as the Federal University of Agriculture, Abeokuta (FUNAAB), the Federal College of Education (FCE) and the Olabisi Onabanjo University College of Agricultural Science in Ayetoro that can successfully handle and execute projects like this.

The release said, “The above mentioned schools have adequate capacity and human capital resources to execute the Anchor Borrowers project and the project will also serve as a very good way of engaging the students in practical farm activities.

“MAPOLY is a square peg in a round hole. We question the rationale behind the siting of the Anchor Borrowers Project in MAPOLY when the school does not offer Agric related courses as against some schools in the State.
“This project is being financed through loan facility provided by the CBN and the State cannot afford that it should fail as its failure will further over burden the debts of the State.

“We want to point out that this is a clear case of abuse of power by the Ogun State Commissioner for Agriculture, Dr. Adeola Odedina. The Commissioner clearly abused his power and used his influence to site the project in MAPOLY because of his personal reason.”

The association stated further, “As the former Rector of MAPOLY, Dr. Odedina pulled the strings to ensure that the project is sited in the institution. This has shown clearly that he is not particular about the success of the project, but he is rather after his own personal gains and to also boost his ego.”

“This cannot be allowed to continue. The Government of Prince Dapo Abiodun has always portrayed itself as a government that is prepared to change the way things were done in the past, including gross abuse of power which has set the State backwards, therefore, we call on the Governor not to allow this rape and abuse of power stand.

“And if the government refuse to do the needful by reversing the situation, we will tag this government as an enemy of development and a non-progressive government.”