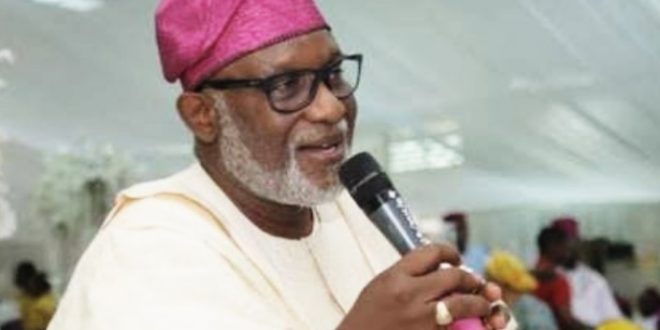 AKURE: Against the backdrop of his giant strides in the last three years in Ondo state and ahead of the October 10, 2020 Gubernatorial elections in Ondo State, the state Governor, Arakunrin Oluwarotimi Akeredolu has said he has accepted the clarion calls of the people from various quarters and backgrounds in the state that he should contest for another term in office.

Governor Akeredolu who said this at a dinner organized as part of the activities marking his 3rd-anniversary celebration, held at the International Culture and Event Center (DOME) on Saturday, February 29, 2020 posited that he was particularly moved by the magnitude of ‘4+4’ signs that numerous people of the state have been displaying.

The Governor, who was full of appreciation to the people of the state at large, specifically thanked members of the state executive council, traditional rulers, religious bodies, party members, supporters, family members, civil servants and labor leaders, friends, well-wishers, and others for their support over the last three years.

He promised that his administration will continue to deliver on its electoral promises and entrench the dividends of good governance for the improvement of the standard of living of the people of the state.