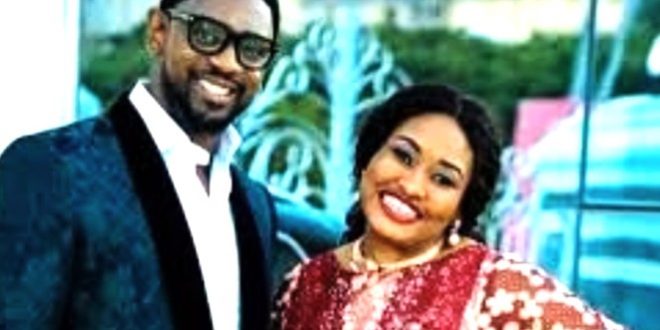 Wife of the global senior pastor of the Commonwealth of Zion Assembly (COZA), Pastor Modele Fatoyinbo, has described the rape allegation by Busola Dakolo against her husband as false.

Modele stated this on Sunday, ministering at the church service during her ministration which was broadcast to the congregation at the Lagos branch of the church in Ikeja, Lagos, saying, “Not even as an unbeliever will my husband rape someone.”

However, there was a dramatic turn in her ministration flow as her husband, Pastor Biodun, dissuaded her from speaking further on the rape allegations, as earlier before now, he had reacted in a statement on Friday June 29, 2019, stressing the allegation against him was not true.

“I have never in my life raped anybody even as an unbeliever and I am absolutely innocent of this,” Pastor Fatoyinbo said in a statement posted to his Instagram page.

Busola Dakolo, mother of three had, in the morning of Friday June 29, 2019 made a shocking revelation in a detailed interview with Chude Jideonwo, a lawyer and journalist on YNaija channel of how Pastor Biodun Fatoyinbo raped her as a teenager.

The video report which was viral has set social media and other online platforms on fire, evoking shock, backlash and criticism from Nigerians, especially the Christian community.

The embattled Pastor Fatoyinbo posted a statement on his IG page @biodunfatoyinbo denying the allegation, in a statement addressed from the “Office of the Senior Pastor”, Fatoyinbo described the allegation as false and baseless claim targeted at destroying his reputation and that of his church.

“I have never in my life raped anybody even as an unbeliever and I am absolutely innocent of this,” the statement reads in part.

It was scooped that people in different groups were mobilised to the COZA church in Abuja and its Lagos branch to protest the rape allegation, chanting songs and carrying placards with different inscriptions calling for the arrest and prosecution of the embattled pastor.