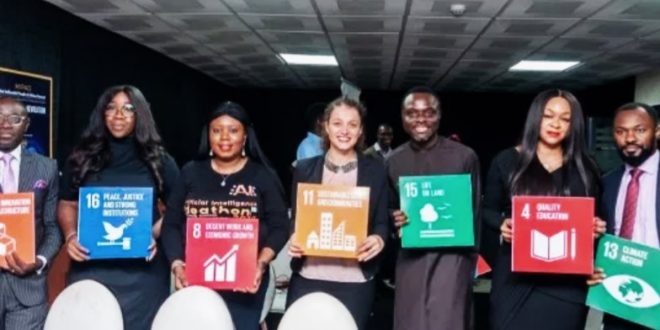 Most Influential People of African Descent (MIPAD) has called on entrepreneurs to build the profiles of their companies in order to facilitate their access to capital.

This call was made by a panel of notable business leaders at the annual reception organised in Lagos by MIPAD for its current year honourees – Class of 2019 100 Under 40, held at the Nigerian Stock Exchange on Friday, August 30, 2019.

Emphasizing on the need to tell a consistent story about the company, Bunmi Akinyemiju told entrepreneurs, who are looking for investors, to first build their profiles and the profiles of their companies before approaching their prospective investors.

While informing the audience that investors invest, not just for returns, but also for the novelty of the business, Akinyemiju said: “Entrepreneurs looking for prospective investors must have a good story, a consistent story that show their promises kept, and not just turning up at the investor’s door with a request for investment.”

Contributing, Abayomi Awobokun, another panelist, noted that investors are always looking at the market realities and would go for businesses that are poised to maximally exploit these realities, saying, “You must show the problems they are solving as well as show passion and energy to solve those problems in order to attract investments.”

He listed other enablement to include a dedicated team to scout for investors, entrepreneurial resilience, a long-term investment horizon, the integrity of entrepreneur and in-house of corporate governance structure.

Dr. Ola Brown, in her intervention, insisted that ideas are not enough to attract investors, but also the viability of these ideas in the market. According to her, “it is true that investors look for those companies that can fill the gaps in the market, but they also ensure that there is enough market in the gap to ensure good and timely returns on investment.”

She however called on entrepreneurs to enlarge their business and social circles to include people with clout and social stature in order to ease their search for investors.

Earlier in his opening remarks of the event, Abayomi Awobokun informed the audience that MIPAD is focused on changing the narrative about Africa, and he encouraged honourees worldwide to leverage this global network to make major changes in the way Africa and Africans are seen by the world.

While congratulating the 2019 honourees of the group for their exploits in their various fields of endeavours, Kamil Olufowobi, Founder & CEO, MIPAD, noted that these leaders will be representing Nigeria, the largest country in the world of People of African descent, at MIPAD Recognition Week on the side-lines of the United Nations General Assembly (UNGA) in New York, slated between September 27th and Oct 3rd 2019.

His words, “Honourees are decision-makers from over 60 countries worldwide, selected based on their political clout, business acumen, social media following and humanitarian endeavours in support of UN International Decade for People of African Descent (IDPAD) and UN Sustainable Development Goals (SDGs).”

The week’s activities will include an intense personal development and leadership training workshop, the unveiling of the Most Influential 100 First Ladies Edition and the launch of exclusive private club for past, present & future female honorees, named the W Club, where high power female honorees get access to capital, power networking events and executive coaching. The week’s activities will end with a recognition ceremony in honor of the 2019 honorees with showing of documentary at the UN Headquarters in New York City.

This event in Lagos was also used to launch the organisation’s Sustainable Development Goals (SDGs) platform where MIPAD honourees and the global community can discover their primary SDGs numbers.

Olufowobi stated further, “We are excited to align all MIPAD honorees with creating social impact because influence can only be understood when it is manifested in making real change and impact in society.”

He went on to disclosed his primary SDG number is 17 and encouraged others to discover their primary social impact number within the frameworks of UN SDG at sdgs.mipad.org
Another highlight of the occasion was the presentation of a free Ethiopian Airlines ticket to the UNGA in New York City to a lucky winner.

Most Influential People of African Descent (MIPAD) publishes a unique global 100 list that identifies outstanding individuals of African descent worldwide, pairing those based in the Diaspora with their counterparts inside Africa across four categories: Politics & Governance, Business & Entrepreneurship, Media & Culture, Humanitarian & Religious and various themed editions.

MIPAD leverages its global network of influencers to mobilize the world to support Africa to achieve the 17 UN Sustainable Development Goals and the global African Diaspora to achieve the goals of UN International Decade for People of African Descent.

For more information about the schedule of MIPAD Recognition Week on the sidelines of the 74th United Nations General Assembly, please visit – events.mipad.org.