Mikel Obi, The Last Man Standing Hangs Boots Of Round Leather Game, FIFA, Others Pay Tribute+ His Net Worth, Salary, Biography, And Family 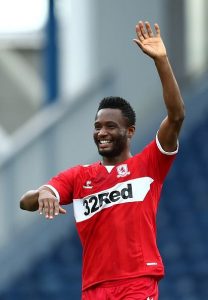 It’s generally believe that Nigerians are so industrious, that they can be found in almost every country in the world, and in these countries, they have come to hold quite important roles in their different spheres of lives.

The game of Football is not left out in this as several Nigerians have dominated and are still dominating popularly clubs.

John Michael Nchekwube Obinna, popularly known as Mikel Obi, is one of such gifted Nigerian stars.

Against the baxkground of Thursday July 18, 2019 announcement by the former Super Eagles captain, Mikel Obi, of his retirement from international football, tributes have continued to pour in for him, including from the Fédération Internationale de Football Association, the sport’s international governing body. 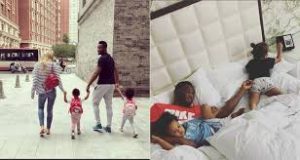 Paying tribute to the Nigerian legend, FIFA, on its Instagram page, said, “Super Eagles legend, Mikel Obi, who played at the 2014 and 2018 world cup finals – has announced his retirement from international football. Congrats on an amazing Nigeria career!

Others who also praised the footballer for his dedication to his career included famous Nigerian historian, Max Siollun, who said on Twitter, “Congrats to him on an excellent international career. He has been an excellent servant to Nigeria’s Super Eagles for over a decade. Played at World Cup, Olympics and won the AFCON. Not much left for him to do at the international level.” 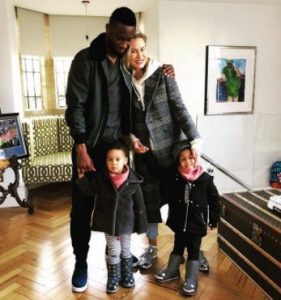 “He received a call that his father had been kidnapped and still went on to play and represent Nigeria with everything he had. John Mikel Obi retires from the national team,” Oseni also said on Twitter.

In his tweet, praising the football legend, Collin O. said, “A legend and a patriot. John Mikel Obi has paid his dues. Happy retirement to the Nigerian maestro.”

Knoxtainment said, “For everything you have given to Nigeria and Nigerians, thank you, John Mikel Obi. Happy retirement from international football.”

Mikel, who has just signed for Trabzonspor in Turkey, had already told BBC Sport that the 2019 Africa Cup of Nations in Egypt would be his last appearance on the continental showpiece event.

“At the age of 32, it’s time for me to retire from the national team and let the youth take over, (sic) who’ve done an amazing job securing a bronze medal at AFCON 2019,” he wrote on social media. 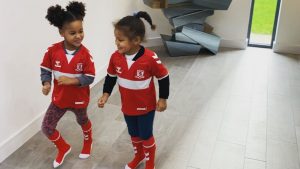 “Egypt is a country where I’ve started and have finished my national career. In 2006, I played my first official championship for my country. The 2019 African Cup of Nations marks my last championship for the national team with Super Eagles.”

His expected decision comes despite Coach Gernot Rohr saying Mikel could guide his young team for a few more years in their quest to reach the 2022 World Cup in Qatar.

“My national career started in 2003 under=17 World Cup and I’m grateful to the national team for placing me on the world arena and giving me an opportunity to show my skills and have an incredible national and international career,” Mikel added. 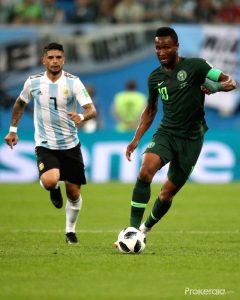 “Thank you to all my Nigerian supporters and to my country for all the trust, support and love you’ve shown me over the past 15 years.”

Mikel played for Nigeria in the past two World Cups and helped the Super Eagles win the 2013 Africa Cup of Nations. He was part of the team that finished third at the 2006 and 2010 Nations Cups.

He made two appearances for Nigeria at the ongoing tournament in Egypt as the Super Eagles sealed a third-place finish on Wednesday July 17, 2019.

A finalist with the youth side at the under-20 World Cup in 2005, the former Chelsea player won the silver ball as the tournament’s second-best player behind Argentina’s Lionel Messi.

He was also one of Nigeria’s three over-age players as the African side won a bronze medal at the 2016 Olympics in Rio, Brazil. 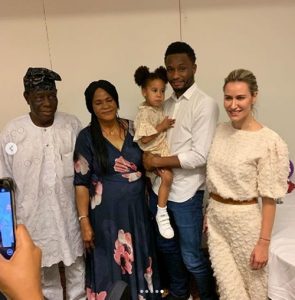 Mikel was born in Jos, Nigeria on April 22, 1987. He had his primary school education at Jos Metropolis Township Primary School where he found his passion for kicking balls.

At age 12, his skills appealed to scouts and he was selected by the Pepsi Football Academy. His first official team was the Plateau United.

Mikel joined the U-17 team of Nigeria and participated in the FIFA World Championship hosted by Finland. When the names of players were sent by Nigerian Football Association (NFA) to FIFA, Michael’s name was wrongly spelt as Mikel.

This led to his accepting the name as his football name. His amazing skills at the tournament saw him joining Lyn Football, a club based in Oslo, Norway. He played on the team for two years (2004- 2006) and made six appearances scoring one goal.

In 2005, Mikel Obi was chosen on the squad to represent Nigeria in the FIFA World Youth Championship. The team had an excellent run and got to the finals where the lost by one goal to the Argentinean team (2-1). Messi, who led Argentinean team, was made the best player of the tournament while Mikel Obi was placed at second best and made African Player of the Year, a crown he retained in 2006. 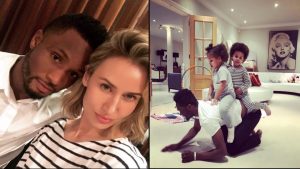 Obi’s first outing for Chelsea was in the 2006 UEFA Champions League match with Levski Sofia, a Bulgarian team. In the 11 seasons, he stayed with the London club; the defensive midfielder scored six goals in 374 appearances. 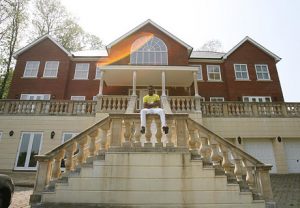 In January 2017, Mikel moved to Tianjin TEDA, a Chinese club, following Chelsea’s refusal to renew his contract. From there, he joined Middlesbrough in England on a short-term deal before recently signing for Trabzonspor in Turkey.

He is said to be worth over £30m. He reportedly has a mansion in London and real estate in some major Nigerian cities.

Mikel has twin daughters, Ava and Mia Obi, with his wife/partner, Olga Diyachenko, whom he met in 2013. Olga, a Russian businesswoman, gave birth to the girls in September 2015. 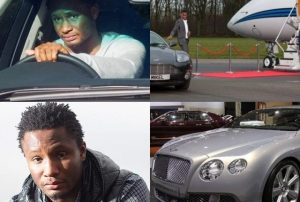 His dad, Michael Obi (after whom he is named), is from the Eastern part of Nigeria as well as his mum. Michael was a civil servant and upon retirement, runs a transport company.

In August 2011 and during the 2018 World Cup, Michael was kidnapped in Nigeria, but released on both occasions. His mum, Irosu Obi, is a businesswoman.