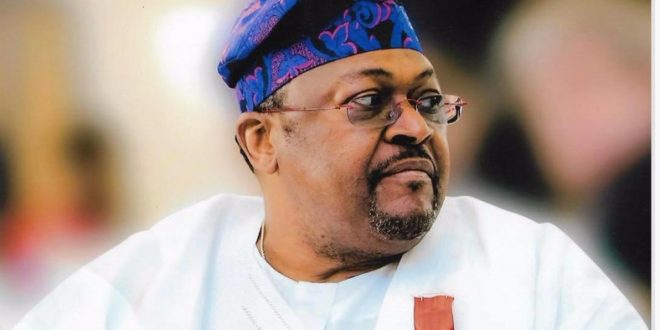 By Thomas Imonikhe and Dan Amor

It was Plato who, during the Golden Age, when history was rising as a major sign of the growing sophistication of the Athenian society, declared that a life not examined is a life not worth living.

As myth gave way to more accurate chronicling, and prose replaced verse as the medium for preserving facts, the fifth century Greek came closer to the scientific spirit of free inquiry in modern times. Memories are made of these. Yet, nothing seems more characteristic of the present age than the homogeneity of its point of view.

We may frown at its developmental smugness. But we must admire its optimism, its cosmopolitanism, its intellectual refinements, its spirit of free enterprise, and the critical engagement with which it examines the world and its leaders. For it is always instructive for the serious student of history to start by trying to determine what an age thought of itself.

Such an investigation is made easier by studying the lives and times of the important men and women that shaped the age with their actions. In documenting the life and times of a towering personality, exciting experiences are selected, which present emotional and spiritual values, to interpret the tale as it is rehearsed in imagination or told to an admiring reader, listener or hearer.

Drawing afflatus from the above dictum, it is imperative that we examine today the summary of the enduring acclaim of an iconic personality whose actions have helped in shaping the temper of our age.

As a faithful servant, an engaging entrepreneur, a passionate philanthropist, a dedicated realist and reformer, who can bridge all gulfs, level all mountains and put a lamp in every tunnel, as exemplified by his selfless services to Nigeria, his fatherland, as seen in his contribution to the growth of the economy of the country, Dr. Mike Adenuga Jnr. has, undoubtedly, come to be seen as modern-day phenomenon whose corpus requires a large canvas.

Though having blue blood running in his veins, Adenuga Jnr. who clocks three scores and six on Monday April 29, 2019, was neither born great nor had some greatness thrust upon him. Rather, he belongs to a category of people whom the great dramatist, William Shakespeare would describe as some who achieve greatness by dint of hard work, and striving tirelessly given the right leadership and work environment to remain on top of his businesses.

A son of a disciplinarian school teacher, the young Michael apparently realized early in life that even coming from a noble background since his mother hailed from a royal family, ‘’is no guarantee of any particular merit, competence, or expertise’’ and decided to take his destiny in his own hands by embracing Western education.

This, perhaps, explains why he chose entrepreneurship as a career over the classroom where his father had excelled and pursuing a white collar job that was in vogue upon graduation from the university, a decision that made the difference in his life journey and had brought him wealth, fame and influence in the society.

Therefore, his venture into the lucrative but volatile oil and gas business marked the beginning of his successful career in business. Along the ladder, he diversified into the highly innovative and capital intensive world of telecommunications which has made a tremendous impact on the lives of the people to the extent that Adenuga and his company Globacom are now household names not only in Nigeria but across the global stage.

A man of immense vitality, integrity, honesty, few words, strong character and with the fear of God, Adenuga must have imbibed one of the popular axioms of the current richest man on earth, Jeff Bezos that “One of the only ways to get out of a tight box is to invent your way out’’. Bezos, an American and founder of Amazon, has an estimated net worth of $170billion, according to the latest ranking by the highly influential Forbes Magazine.

Currently ranked the second-richest person in Nigeria and also the second richest black man in the world behind Alhaji Aliko Dangote, by Forbes and an estimated net worth of $9.4 billion as of February 2019, Adenuga Jr, going by the remarkable successes recorded by his chain of businesses in the past few decades, has not only demonstrated his abiding faith in brand Nigeria but proven to many that the black man can hold his head high in any chosen endeavor and still play by the global best practices.

However, his quest for higher education and the proverbial greener pasture saw him leaving the shores of Nigeria for the United States of America, USA. As a student there, it is on record that he worked as a taxi driver to help fund his university education. He graduated from Northwestern Oklahoma State University and Pace University, New York, with degrees in Business Administration. And upon his return to his fatherland, he joined the unpredictable world of business where he has towered among his peers to the satisfaction of many.

His blossoming career, one recalls, started in 1990, when he received a drilling license from the regime of then military President Gen. Ibrahim Babangida. Subsequently, his Consolidated Oil company struck oil in the waters of Ondo State, in the South West geo-political zone, which was the first indigenous oil company to do so in commercial quantity in 1991.

But it is in the telecommunications sector that perhaps, the business mogul has made the greatest impact. In 1999, he was issued a conditional Global System for Mobile Communications (GSM) network license which was later revoked. He received a second license when the government held another auction in 2003.
Having done his homework properly, his telecom company Globacom (Glo) hit the ground running spreading rapidly and started challenging the dominance of South African giant MTN Group in the Nigerian market.

Globacom Limited founded on 29 August 2003 by Adenuga in no time came up with revolutionary services including per second billing which Nigerian subscribers were initially told by the first two entrants in the sector MTN and Econet (now Airtel) was impossible, a situation they endured for two years.

Yet, that singular innovation by Glo immediately endeared the company to the heart of subscribers who in turn embraced it whole heartedly through massive patronage. Till date the company has offered direct employment to more than 3,500 people and indirect jobs to hundreds of thousands others worldwide.

It had over 45 million subscribers at December 2018, which makes the company the second largest network operator in Nigeria, a feat said to have been made possible by the dynamic and focused leadership of Globacom chairman and the management team headed by his daughter Mrs. Bella Disu (Executive Vice Chairman).

Indeed analysts had attributed Glo’s effective massive telecommunication services and its ability to overcome the stiff competition continuously posed by the MTN Nigeria to the business acumen and adequate funding provided by Adenuga without which the company couldn’t have weathered the storm.

Also, due to his dynamism in business operations, Glo Mobile now operates in four countries in West Africa, namely Nigeria, Republic of Benin, Ghana and Côte d’Ivoire. In addition, his passion for the information and communication technology, ICT according to some analysts resulted in the successful laying of Glo-1 submarine cable from the United Kingdom to Nigeria. It is the first individual African company to implement such a project.

The 9,800- km long high-capacity fibre-optic cable originated from Bude in the UK and laid from this origin to Alpha Beach in Lagos and executed at a cost of $800 million with 16 Landing Stations across Africa. Little wonder then that the company continues to provide high speed internet services, relatively cheaper telecom services alongside other value added services at competitive tariff, facilitate foreign investment and employment opportunities across the world.

A pillar of sports and entertainment as well as a cultural ambassador across Africa, Adenuga for his numerous attainments and meritorious service to humanity has been recognized at home and internationally.

For instance, he has bagged the Grand Commander of the Order of the Niger (GCON), which is Nigeria’s second highest national honour for a civilian who is not in government, Ghana’s highest civil award, the Companion of the Star of Ghana (CSG) and the African Entrepreneur of The Year at the first African Telecoms Awards (ATA) in August 2007.

Significantly also, the digital guru has been conferred with France’s highest national award of Commander of the Legion of Honour by the French President, Emmanuel Macron, who described Adenuga as “a true role model for Africa” and one with “incomparable spirit of entrepreneur, tenacity and ability to think out of the box”.
He further applauded Adenuga’s contribution to the growth of the African and French economy and for the promotion of the French language and culture in Nigeria. He gave kudos also to Mrs. Bella Disu, who conceived, coordinated and executed the Alliance Française project.

Also, Glo under Adenuga’s watch, continues to sponsor prominent festivals in the country including the Eyo Festival in Lagos State, Ojude Oba Festival in Ogun State and Ofala festival in Anambra State as part of measures to promote the nation’s cultural heritage. Globacom also has invested heavily in entertainment and social interventions in Nigeria and Africa.

For instance, it is the biggest promoter of Nollywood which has helped to project our country in the global entertainment scene as well as sports in Africa. Glo has been sponsoring the annual Confederation of African Football (CAF) Awards, now elevated to a major event in the global football calendar.

Dr. Adenuga holds a Yoruba chieftaincy title -the Otunba Apesin of the Ijebu clan in Ogun State and he is married with children. As the Otunba clocks 66 on Monday April 29, we join other teeming Nigerians to wish the digital guru happy birthday.
*Imonikhe and Amor are respectively, former Nigerian Newspaper Editors.