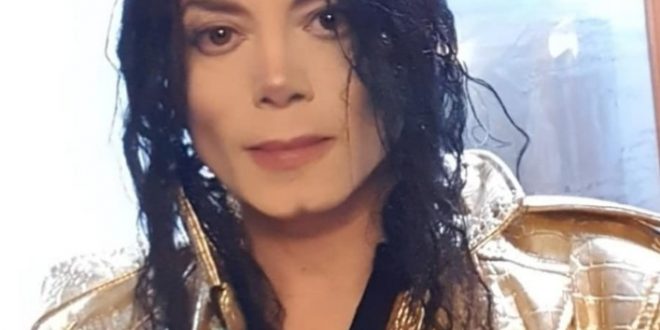 Michael Jackson Back From Heaven?, Fans Call For DNA Test Of MJ’s Lookalike

Fans of legendary pop icon, Michael Jackson, have been left stunned over the recent revelation of a lookalike of the late pop star.

The lookalike identified as Sergiocortesparra on Instagram has had fans demanding he undergoes a DNA test to prove he is not the late pop king.

Sergi appears to be enjoying the attention he is getting from the legend’s fans and has asked that they come to watch him perform.

A singer who calls himself Sergio Cortés and shares a striking resemblance with the late pop icon, Michael Jackson, is getting a lot of attention on social media.

According to reports, Cortés has fans of Jackson demanding a DNA test to prove that he is not the late pop star.

Not only does Cortés share a disturbing resemblance with late Michael Jackson, but he also puts in efforts to have the same appearance and style as the late singer.

Interestingly, he is holding a “Man in the Mirror’ concert and has asked Michael Jackson’s fans to come to watch him perform.

Many are bracing themselves for the experience and believe that the similarity to their late beloved singer is too uncanny to be ignored. It is why they are now demanding a DNA test to prove that Michael is not back and starting to pass off as someone else.

Meanwhile, the late Michael Jackson’s flashy socks, worn during his performance of Billie Jean in the 1983 TV special Motown 25, are being auctioned in the United States.

The socks were from the first time the artiste busted the Moonwalk moves on stage and are expected to cash in millions of dollars.

According to TMZ, the socks are said to be part of the Frank DiLeo collection and could cost up to around N351 million and there are buyers ready for the auction.