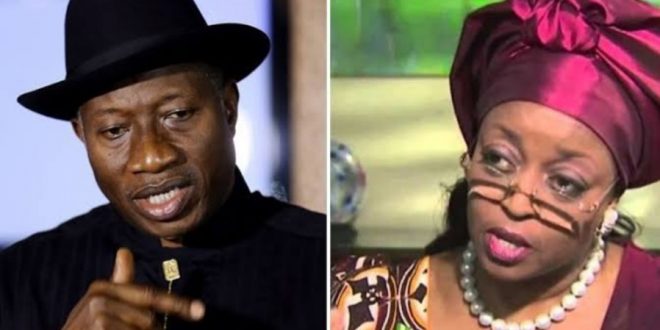 These claims were included in documents filed at a London court by lawyers representing the federal government concerning payments made to acquire the licence in 2011.

In the court case filed against Shell and Eni, the federal government said Jonathan and Alison-Madueke broke the law for making a secret profit and sidelining the government from its true share of the deal.

On April 9, 1998, the federal military government awarded OPL 245 to Malabu Oil and Gas Ltd, which was said to be owned mainly by Mohammed Abacha, son of the Sani Abacha, and Etete, who was the petroleum minister at the time.

On July 2, 2001, President Olusegun Obasanjo revoked Malabu’s licence and assigned the oil block to Shell — without a public bid. Malabu went to court, but ownership was reverted to it in 2006 after it reached an out-of-court settlement with the federal government.

Shell fought back and commenced arbitration against Nigeria, but when President Goodluck Jonathan came to power in 2010, the controversy appeared to have been resolved with Shell and Eni agreeing to buy the oil block from Malabu for $1.1 billion.

The oil companies also paid $210 million as signature bonus to the federal government of Nigeria.
However, the deal has been enmeshed in more controversies and trials over allegations of bribery and shady deals by officials of the Nigerian government and their foreign accomplices.

The OPL 245 is reported to be one of the biggest untapped oil resources in Africa with reserves estimated at 9 billion barrels.

“Bribes were paid. The receipt of those bribes and the participation in the scheme of said officials was in breach of their fiduciary duties and Nigerian criminal law,” the court document read.

Reuters reports that Jonathan’s spokesman declined to comment, saying the former president was on duty as an election observer in South Africa.

Publisher and Editor in Chief - Magazine and Online Tel: 08038525526 - 08023339764 - 08055657329 Email: startrendinter@gmail.com
Previous Oshiomhole Allegedly Pushes Okorocha Out Of His Office
Next Despite Court Ruling, Ganduje Presents Staff Of Office To Four New Emirates