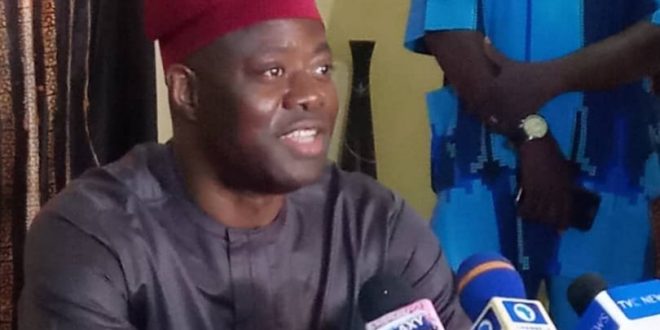 Makinde Condemns Attorney-General of the Federation Over Comment on “Amotekun”

Idowu Hamed January 15, 2020 HEADLINE, NEWS Comments Off on Makinde Condemns Attorney-General of the Federation Over Comment on “Amotekun” 14 Views 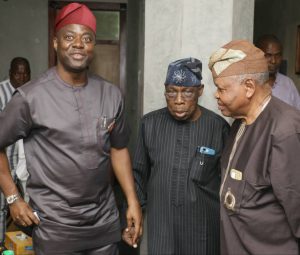 ABEOKUTA: Oyo State Governor, Eng. Seyi Makinde on Wednesday, January 15, 2020, came hard on the Attorney-General of the Federation, Abubakar Malami over statement credited to him on the Southwest security outfit, “Amotekun”.

Makinde insisted that it would be wrong for Malami to make laws on his own outside the jurisdiction of the constitution of the county.

Makinde confessed that he had only read Malami’s rejection of “Amotekun” on the social media just like any other person, saying he would regard it less until there’s official statement.

He equally argued that it wound be absurd for the AG to just wake up and make laws on his own.

His words, “I don’t think it is right in a country like Nigeria, the AG will just wake up and make his own laws . He may interpret and advise the President on the issue.”

“If I see a letter or a call from the AG telling me what he just said, then it will be a different reaction, but I have been reading it just like you read on the social media, I haven’t seen anything official to that effect.”

Stating the significance of the outfit, Makinde said the outfit was complementary to the other security outfit in the country to combat insecurity.

Although, Makinde didn’t give detail of his meeting with the former President Obasanjo, but he opined, “I came to visit Baba to wish him a well and Happy new year”.

Publisher and Editor in Chief - Magazine and Online Tel: 08038525526 - 08023339764 - 08055657329 Email: startrendinter@gmail.com
Previous How Former Turkey Star, Hakan Sukur Ended Up As A Taxi Driver In US, Says, Rift With Turkey President Robbed Him Of A Lease Of Life
Next IPAC Pledges Support For Abiodun’s Govt, Describes Commissioners Appointment Sign Of Good Leadership Style