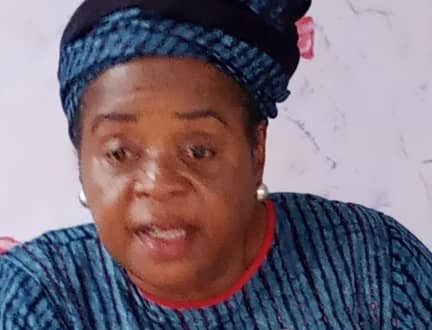 ABEOKUTA – The Chairman, Ogun State Local Government Service Commission, Barr. Olivia Olubukunola Onabanjo has charged members of staff in all the Local Governments of the State to see their roles as one that is very crucial in the service delivery at the grassroots.

According to a release e-signed and made available to StarTrend Int’l & online – www.startrendinternational.com by Olanrewaju Daud Martins,, Information Officer, LGSC; Oke-Mosan, Abeokuta, Onabanjo who was represented by Hon. (DR) Olusesan Abolaji Fagbayi, Honourable Commissioner lll, at the Commission, said, “that is the reason, the Commission considered the need to widen and update the knowledge and skills of all the staff, on the roles of bringing the much needed dividends of democracy, to the people at the council areas of Ogun State.”

Ms Onabanjo stressed further, that, it is against this backdrop, that, In-house workgroups are thoughtfully packaged, with different objectives of developing the right attitude to work, charging that, the participants have to be proactive and tactful in dealing with issues that affect the masses at the grassroots level.

The Commission boss, reminded all the attendees at different fora, of the need to make use of these meetings, to tackle issues that will bring about positive changes and smooth running of the local councils, especially now, that we have new political heads in all the Local Governments as a result of successful elections at the third tier of government.

She then expressed her deepest appreciation to His Excellency, Prince Dapo Abiodun MFR, the Governor of Ogun State for the cooperation and support, he had been giving to the entire workforce at the Local Government level, saying, the Local Government Service is proud to have a Governor who is passionate about its progress and has also taken proactive steps, in impacting knowledge on the members of staff despite the economic challenges.

Amongst the cadres that have benefitted in the workgroups so far are “The Commission”, Heads of Local Government Administration (HOLGAS), Directors/ Heads of all the Nine Departments, Clerks of the Legislative Council, Administrative Officers and Accountants across the Local Government service.