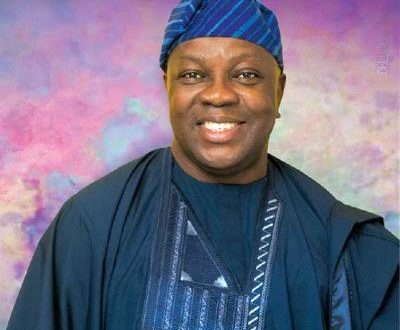 ILARO-YEWA – The ADC governorship candidate in the coming 2023 general elections, Barr. Olubiyi Otegbeye, has enjoined the people of Ogun West to join him in correcting the wrongs against the district.

Barr Otegbeye, who is the Managing Director, Regency Alliance Insurance Plc, in his goodwill message sent to the presentation of Awards of Excellece to the distinguished members of Recreation Club, Ilaro and the induction of new members into the club held on Saturday, August 27, 2022 at the Club’s house, said, “there were many anomalies that should be stopped from further harming our region – Ogun West”.

BOT, as he’s fondly called by his teeming followers also used the occasion to appeal to his people, not only to get and keep their PVC card, but not to sell it to collect “rice and beans at the polls”.

He noted that the Egbas, Ijebus and Remos are watching us if we should lose another golden opportunity that opens for us in the coming 2023 general elections in Nigeria.

BOT thanked the Paramount Ruler of Yewaland, His Royal Majesty – Oba (Dr) Kehinde Gbadewole Olugbenle MFR, Asade Agunloye IV, for deeming it fit to recognize and honour some members of the “foremost social association in Ogun State, as well, he congratulated the newly installed Chiefs for the Royal honour.

He also welcomed the newly inductees into RIC, while he enjoined them to cooperate with the old members of the club towards giving the club a facelift that would make it to compete favourably with similar recreational centres in the neighboring states.

“It is on this note that I wish to thank members of this great club for considering me to be part of this epoch event. I sincerely appreciate your gesture and promised to make myself available at any event the club embarks upon in the nearest future.

“I pray that the grace of God be upon you all and your families, and it will never depart from you, in Jesus name. Amen.

“As a parting note, I want to remind you my brothers that elections period are at the corner and I want us to use our voting power to right the wrongs, not only in Ogun West, but Ogun State as a whole. God help us all”, BOT posited.