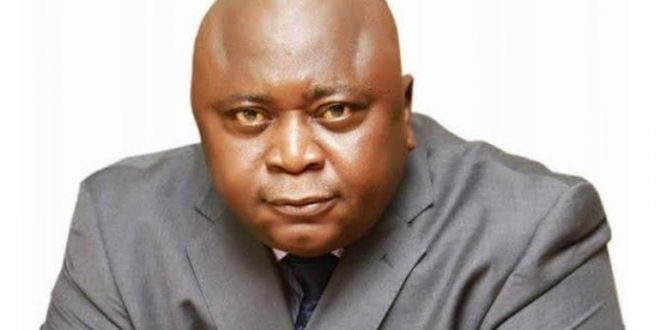 The factional Governorship aspirant of the Peoples Democratic Party (PDP) in the last election and an Ogun State chieftain of the party, Hon. Ladi Adebutu who is also recuperating from complications from Covid-19; has mourned demise of the former Senator Buruji Kashamu who died on Saturday, August 8, 2020.

Buruji Kashamu until his demise was one of the leaders of PDP in Ogun state and a Senator who represented Ogun East Senatorial district between 2015 and 2019.

According to a release e-signed and made available to StarTrend Int’l magazine & www.startrendinternational.com by In a release signed by Afolabi Orekoya, the Media Director, Ladi Adebutu Development Organisation (LADO), Adebutu described the death of Senator Kashamu as sad and an irreparable lossto his entire family.

The departure of Kashamu, according to Adebutu, would be felt, most importantly in the annals of controvertial business and political circles throughout the country.

He urged his family, friends and associates to accept the will of God, noting that only God Almighty is invincible.

Adebutu prayed God to forgive us all our sins and grant Senator Buruji Kashamu Aljanat Fidaous.

Adebutu also noted that he was also recuperating from complications from Covid-19; hence it’s most sympathetic for the unfortunate end of a compatroit. May God grant his dependants the fortitude to bear the los.