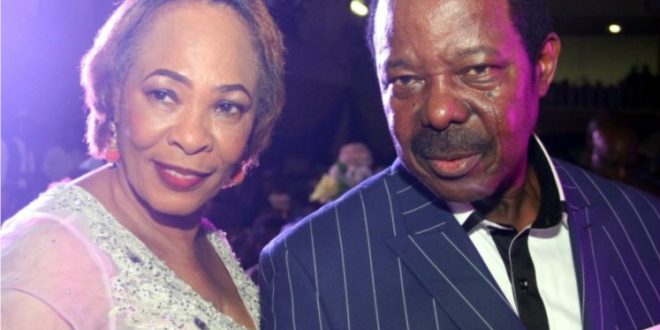 The former Lagos lawmaker died a day to her music maestro husband’s 75th birthday who was born on September 22, 1946.

That year, Sunny released a hit, “Oro To Nlo”‘, in response to the public’s rumour of his fight with then main ‘rival’, Ebenezer Obey.

When KSA clocked 70 years old in 2016, Alhaja Risikat organized a big bash to honour him and celebrate their love.

It was at that event she reportedly promised to throw even bigger ones for her husband both at 75 and at 80.

Unfortunately, with her death, this dream would not be coming to fruition.