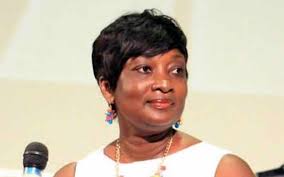 Ecobank Transnational Incorporated has appointed Mrs. Josephine Anan-Ankomah as its new Group Executive in charge of Commercial Banking, replacing Mrs. Laurence Do Rego.
As a member of the Group Executive Committee, Mrs. Anan-Ankomah will report to the Group CEO and will be based in the Ecobank Group office in Lomé, Togo.
Mrs. Josephine Anan-Ankomah is represented from news reports as a well-rounded banker with over 25 years’ experience within Ecobank, having joined Ecobank Ghana in 1992 as a Treasury Officer.
She has held various senior positions within the bank, such as Regional Treasurer (Ghana, Liberia, Sierra Leone, Guinea and The Gambia), Chief Operating Officer (Ecobank West African Monetary Zone/East & Southern Africa), Head of Corporate Strategy and Business Development (Ecobank Ghana) and Deputy Head investment Banking Group (Ecobank Ghana).
Mrs. Josephine Anan-Ankomah possesses MBA in Finance from the University of Ghana and a Bachelor of Arts in Economics and Sociology from the same university. She is also a Fellow of the Association of Chartered Certified Accountants.
Prior to this appointment, Mrs. Anan-Ankomah was the Managing Director of Ecobank Gambia, where she worked with the team to position the bank as number one on the market.
A successor for her previous role will be communicated as soon as possible when the selection process is completed.
Mrs. Laurence Do Rego has been the Group Executive of Commercial Banking at Ecobank Transnational Incorporated since May 1, 2016 to date.
She also served as Group Executive Director of Finance from 2010 to May 1, 2016, and served as its Group Chief Financial Officer from 2005 to May 1, 2016.
Mrs. Laurence Do Rego equally served as Executive Director of Finance and Risk at Ecobank Nigeria Plc and the Head of Finance & Risk of Ecobank Transnational Incorporated from January 2010 to January 1, 2014.