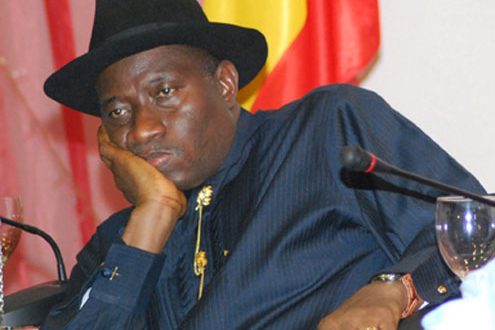 Idowu Hamed May 18, 2017 NEWS Comments Off on Jonathan’s Presidency, A Waste For Ijaws – Dickson 41 Views

Governor Seriake Dickson of Bayelsa State recently described the five years administration of ex-President Goodluck Jonathan as a wasted opportunity for the Ijaws.
According to The Nation, Dickson said ministers and other presidential aides from Bayelsa State lost the unique opportunity of attracting development to their domains because they were after selfish interests.
He spoke at the Ijaw House, Yenagoa, where a handful of Ijaw leaders and youths gathered for the annual celebration of Adaka Boroh, the hero who fought and died for the Ijaw struggle for self-determination.
Dickson led John Jonah, his deputy, and members of his cabinet to the event.
Also at the event were Twon Brass, former military administrator of old Rivers State, Alfred Diette-Spiff, a monarch, wife, daughter, other family members of the late Boroh and some traditional rulers.
Speaking before laying wreaths at the tomb of Boroh in the Heroes’ Park, Dickson said the persons who served in the Presidency during Jonathan’s era failed to work with him in the quest to bring development to the state.Instead, he said they were preoccupied with “devilish plot” of unseating him and installing another governor in his stead. 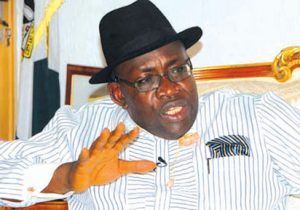 “They suffered from the Bayelsa-Ijaw disease of pulling-him-down syndrome,” Dickson said.
The governor lamented that similar scenario was playing out in the current administration at the federal level, where ministers and aides from the state had refused to use their positions to assist his government’s developmental efforts.
“It is true that we are celebrating Boroh, but ask yourself whether you are doing your bit. Boroh came, saw and did his bit and has gone. I and my team have come and we have taken up the battle from where Boroh stopped and we are doing our duties,” he said.
“Each of us must examine ourselves and to be frank we have not done very serious examination in this state and in the Ijaw nation. We cannot blame God. God has been very merciful and kind to us particularly of late.”