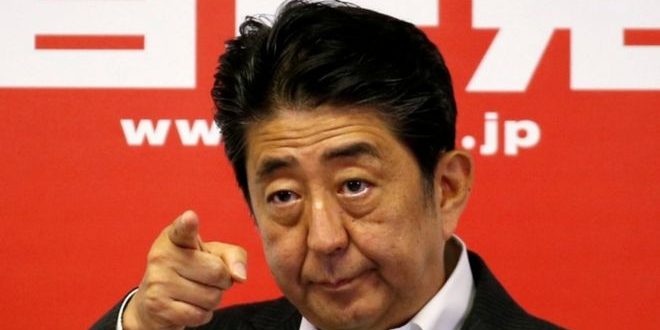 Japanese Prime Minister Shinzo Abe, has announced his resignation for chronic health reasons, confirming one of the prophecies released by Prophet TB Joshua for the year 2020.

“For almost eight years I controlled my chronic disease,” he announced in a press conference on Friday 28th August 2020.

“I made a judgment that I should not continue my job as Prime Minister,” he continued. “I need to fight the disease and need to be treated.”

“Many sicknesses and diseases that leaders have been treating privately will surface this year,” he stated in the message. “They will become bedridden and many will not make it.”

Abe, who is Japan’s longest seving Prime Minister, has suffered for many years from ulcerative colitis, an inflammatory bowel disease, but his condition is thought to have significantly worsened.

Two visits in one week to Keio University Hospital in Tokyo – one of which lasted nearly eight hours – coupled by sparse public appearances had sparked questions about whether Mr. Abe’s health was deteriorating.

His resignation will trigger a vote within Mr. Abe’s party LDP to replace him as President. This election would be followed by a parliamentary vote to elect a new Prime Minister.

In the same prophetic message, Joshua described 2020 as a “year of humility”, stressing that God would “humble us with our challenges” – a reality witnessed through the coronavirus outbreak and its global implications.

He equally foretold the backlash for US President Donald Trump over his handling of the protests that erupted in the wake of the killing of George Floyd by police officers.

“Approach to the security issue will affect the candidates and swing voters in the next election,” Joshua stated in his prophetic message for America.
He subsequently warned on May 31st 2020 that “another one is coming, starting from the ending of June” and calling on President Trump to “wake up to checkmate this” as “it will go beyond this”.

In confirmation, the shooting of Jacob Blake at point-blank range by police officers in Kenosha, Wisconsin has led to another series of protests nationwide, boycotting of sporting events and escalated racial tensions in USA.

In the same prophecy for 2020, which has been viewed over 700,000 times on YouTube, Joshua also predicted the worldwide “economic backlash”, the disunity affecting the British Royal Family and the killing of Iranian General Qasem Soleimani by US forces.