Breaking News
Home / HEADLINE / I’ve Played My Part, I’m Not Leading Anything Anymore, If Others Don’t Rise Up – Sunday Igboho 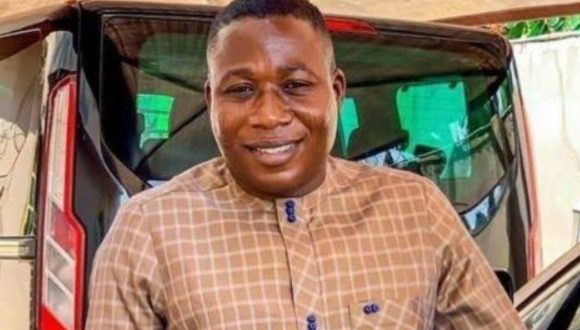 I’ve Played My Part, I’m Not Leading Anything Anymore, If Others Don’t Rise Up – Sunday Igboho

Idowu Hamed February 17, 2021 HEADLINE, NEWS Comments Off on I’ve Played My Part, I’m Not Leading Anything Anymore, If Others Don’t Rise Up – Sunday Igboho 482 Views 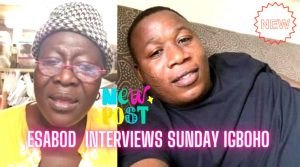 During the interview Sunday Ighobo revealed that his Bank accounts that was frozen by the Federal Government have been unfrozen.

Here is everything Sunday Ighobo said during the interview with Mrs. Esabode: Enjoy!

People are saying your Bank account was not frozen, that it is fake news, but I read it on Vanguard that you said it was frozen.
Yes ma, it is true that my Bank account was frozen, but my Bank Manager told me today that they’ve unfrozen my accounts. He said I should send someone with cheque to make withdrawal for me.

Have you heard of the recent happening in Lagos?
Nowhere is safe anymore, we don’t even have peace anymore. All of our brothers who lived in America cannot come back home because they are scared of being kidnapped. Look at the man that came from America, he was on his way back when they killed him at Ore. Imagine, what the Fulani did to that 13year-old girl. They raped her and still make a video of it and posted it. What sort of rubbish is that, in our own land.

Did you heard what happened to Prof house?
Yes, the Fulani’s who attacked Professor Wole Soyinka’s house, two of them have been caught.

What do you have to say about our leaders?
The people who we voted to speak for us are unable to do anything about it. To be honest, I’m tired of all this. What is the use of having leaders when the people you are leading are being killed and kidnapped. They even tried to dissuade me, first, they burnt my house and then froze my accounts, must everybody keep quiet and be watching things to go on like this. They promised to arrest those that burnt my house, how did they intend to do that?”

Sunday, you’ve tried, it’s time for Agbekoya group and other fortified men to rise up now, and if they do, you can follow them.
Yes ma, that’s what they should do because I’ve played my part, I’m not leading anything anymore if others don’t rise up. If they rise up I will follow them. Others must stand up to do the needful.

Here is the link to the video: https://youtu.be/1e1rnYjS9jc