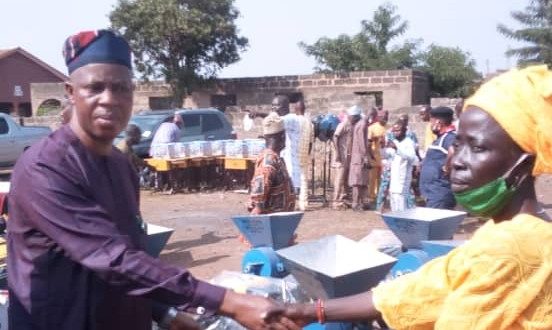 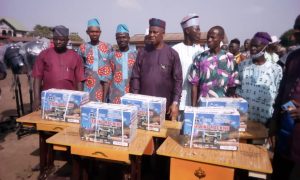 According to a release e-signed and made available to StarTrend Int’l & online – www.startrendinternational.com by Lateef Akintunde, Zonal Information Officer, Ayetoro, Hon. Olaifa, who stated this while fielding questions with newsmen in Ayetoro during the empowerment programme of another set of 400 farmers with fertilizers, rain boots, and spraying machines, also for about 250 Artisans comprising 50 Hairdressing dryers, 50 Sewing Machines, 100 Grinding Machines as well as 50 Generating sets for the members of his constituents.

He said the initiative was in line with the the State government policy and initiative to reduce unemployment rates to the barest minimum across the State, noting that it was imperative to engage the youths in entrepreneurship skills for maximums security. 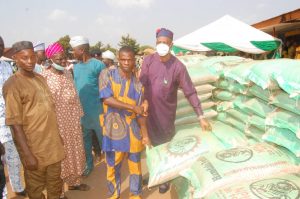 “Indeed, my constituents are my priority, that is why we are dashing them with empowerment equipment, in order to be independent at all time, moreover, the people of the State will sleep with their two eye closed.

“And this empowerment is targeting at the youths across my constituency in the Yewa land, once they have been empowered, automatically it will reduce insecurities and roaming about the streets”, Olaifa stated.

He noted that he had installed and energized transformers to some communities; like Joga in Ayetoro, Sawonjo farm Settlement, Oke-Ola quarters,Ayetoro as well as in Imeko township, all in Yewa North/Imeko-Afon Constituency. 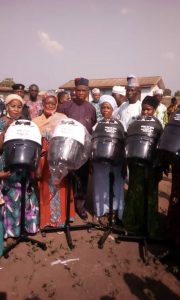 Olaifa also hinted that he has sunk Motorized boreholes for Baare Farinde and Ojoloko Communities, noting that the sponsoring of the youths and women on entrepreneurship, skill acquisitions and artisanship were ongoing.

Other areas embarked upon were building and furnishing of a blocks of three classrooms with office and stores at Comprehensive College, Frederick Adeoye Estate, Imeko, Community Primary School, Idagba-Ayetoro as well as ICT Centre at Alaye High School, Ayetoro were ongoing.

In their separate remarks, the Honourable representing Imeko-Afon at the State House of Assembly, Hon Jemili Akingbade and the Iyaloja of Yewaland, Alhaja Yemisi Abass eulogized him for giving back to his constituents, urging other representatives at all level of government to emulate the kind gesture of the lawmaker.

Speaking on behalf of the beneficiaries, Mukail Akintunde, Adeosho Busayo thanked the lawmaker and vowed to prudently make use of the rare opportunity.