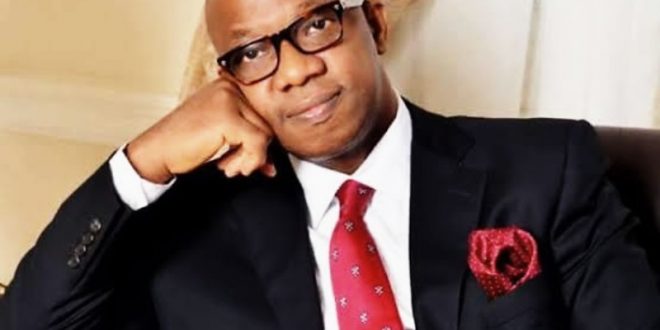 ABEOKUTA: The Chairman, Ogun Caretaker Committee on Transportation, Barrister Femi Adeniyi, has called for caution as commercial motorcyclists are reported to be moving into the state from Lagos.

The influx could not be unconnected to the ban place on commercial motorcycles by the Lagos government.
Adeniyi stated this during a press conference in Abeokuta, the state capital on Monday, February 3, 2019.

He explained that the state government noticed the influx of the Okada riders in the state particularly in neighbouring towns to Lagos like Alagbole Akute, Ojodu Berger, Mowe, Ibafo, even to Sagamu, Ijebu-Ode, Ota and Sango.

The Chairman appealed to the people of the state to be law abiding and very accommodating, saying that it was important to trend with little caution concerning this influx of okada riders.

The caretaker committee chairman stated that the influx of motorcycle riders in the state would be another source where government could generate more revenue .

His words, “This people will pay there dues to the government and at the same time we need to let our people understand that it will be in bad taste if they are resisted because this will not be in consonance with freedom of movement as enshrined in the constitution of the Federal Republic of Nigeria”.

Adeniyi appealed to the Okada riders to work harmoniously with people of the state they met on ground, and ensure they always played their obligations and work within the ambit of the law.
He added that Whosoever misbehaved would face the wrath of the law, saying, “We have a peaceful Ogun state and we won’t allow hooligans to take advantage because of these influx of people”.